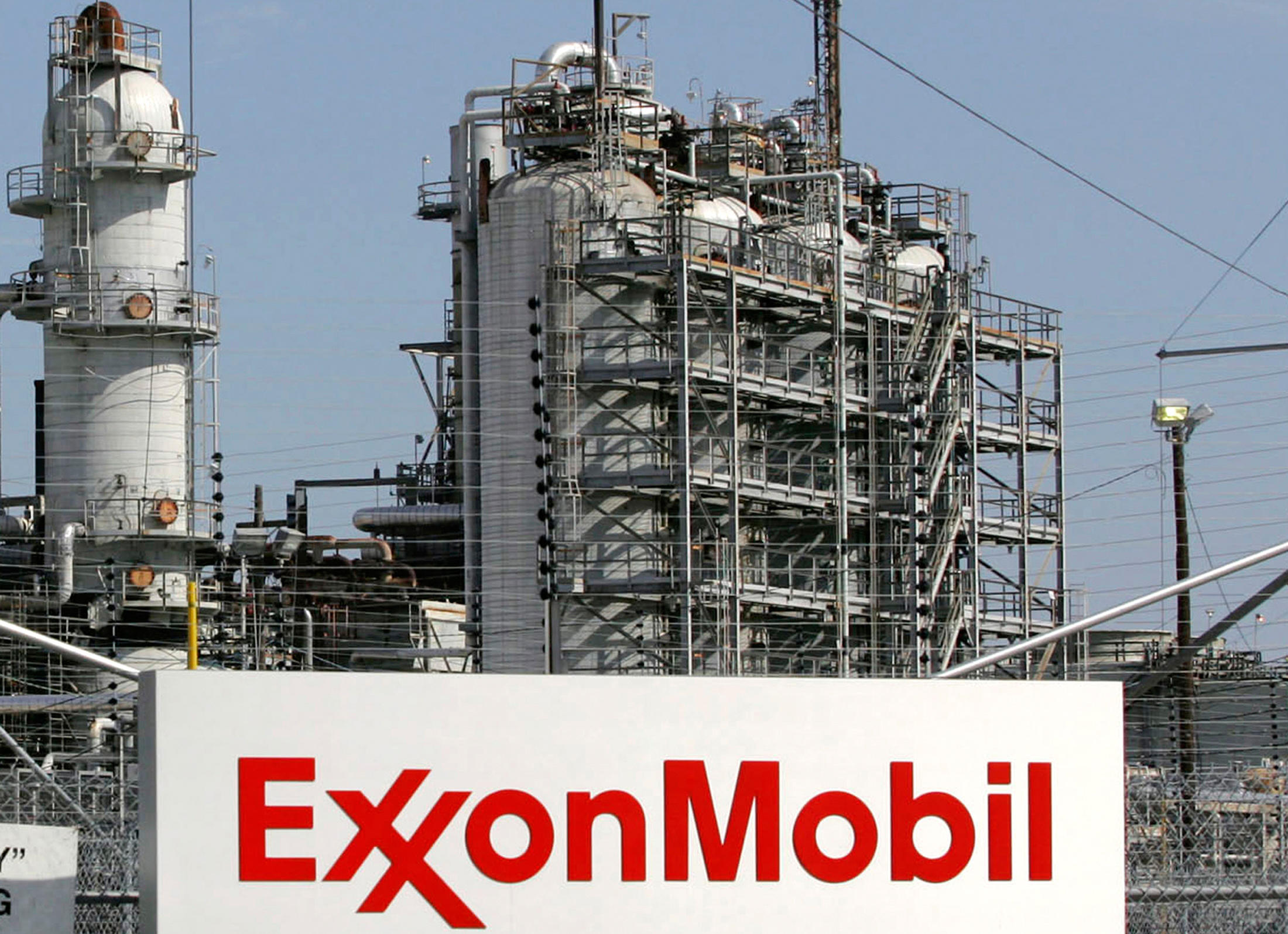 Treasury said that Exxon violated sanctions when it signed contracts in May 2014 with Russian oil magnate Igor Sechin, chairman of government-owned energy giant Rosneft. The U.S. blacklisted Sechin, Tillerson's longtime business associate, as part of its response to Moscow's actions in Ukraine and annexation of Crimea.

The same month that Exxon signed the deals, Tillerson said the company generally opposes sanctions and finds them "ineffective."

But as America's top diplomat, Tillerson has insisted the sanctions will stay in place until Russia reverses course in Ukraine and gives back Crimea. Still, the sanctions breach on his watch raises significant questions about his ability to credibly enforce the sanctions and to persuade European countries to keep doing so.

Exxon, in a statement, countered that it had done nothing wrong and complained that the fine was unfair. The State Department wouldn't comment on Tillerson's role.

Yet the Treasury Department said that Exxon's "senior-most executives" knew Sechin was blacklisted when two of its subsidiaries signed deals with him. The Office of Foreign Assets Control, or OFAC, said Exxon caused "significant harm" to the sanctions program by engaging in transactions with a Russian government official contributing to the Ukraine crisis.

The dispute between Exxon and the government stems from a disagreement about whether the sanctions differentiated between "professional" and "personal" interactions with Sechin, who had been blacklisted only weeks earlier.

Maintaining its innocence, Exxon said that "clear guidance" from the White House and Treasury Department had indicated only engaging with Sechin in a personal capacity was prohibited. It noted that Rosneft was not subject to sanctions at the time.

Not so, said the Treasury Department, arguing that the government never gave Exxon or anyone else a reason to believe there was an exception for professional dealings. The government noted that its website at the time explicitly warned companies not to enter any contracts signed by people on the blacklist.

The U.S. said that the presidents of two Exxon's subsidiaries and Sechin had signed eight legal documents in May 2014. That same month, Neil Duffin, president of subsidiary Exxon Mobil Development, signed several deals to continue their work on the massive Sakhalin oil and natural gas project on Russia's eastern coast.

A photo posted on Rosneft's website shows Sechin and Duffin smiling broadly and shaking hands at a conference table with documents and a pen in front of them. A few days later, Tillerson was unambiguous about Exxon's opposition to the sanctions during his company's annual meeting.

"We do not support sanctions, generally, because we don't find them to be effective unless they are very well implemented comprehensibly and that's a very hard thing to do," Tillerson said.

Tillerson had played a central role over the years in developing that multibillion dollar deal. Tillerson knew both Sechin and Russian President Vladimir Putin for more than a decade before he became secretary of state.

The Treasury Department called the violation an "egregious case" and noted that Exxon "is a sophisticated and experienced oil and gas company that has global operations" and should know better when it comes to U.S. sanctions. It leveled the statutory maximum civil penal of $2 million for the breaches.

In its statement, Exxon maintained its innocence, saying that the government was "trying to retroactively enforce a new interpretation of an executive order."

After the Ukraine-related sanctions put in place under President Barack Obama, Tillerson saw Exxon's stake in a lucrative offshore drilling project with Rosneft come under threat. Tillerson visited the White House numerous times as CEO in the immediate aftermath of the sanctions being announced, but they remained in place.

Concerns about Tillerson's potential conflict of interest dominated his confirmation hearings in January, and the secretary has recused himself from matters dealing with his former company. The State Department said it wasn't involved in the decision to punish Exxon for violating the sanctions.

"The secretary continues to abide by his ethical commitments, including that recusal from Exxon-related commitments," said State Department spokeswoman Heather Nauert.

As a diplomat, Tillerson has struck a different tone on sanctions and sought to maintain pressure on Russia to stop interfering in eastern Ukraine.

"The U.S. and EU sanctions on Russia will remain in place until Moscow reverses the actions that triggered these particular sanctions," Tillerson said earlier this month during a visit to Ukraine.