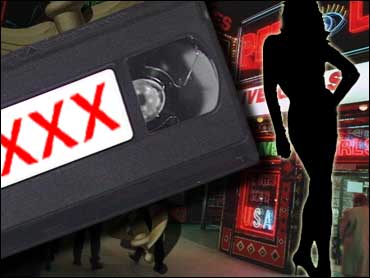 (AP / CBS)
PITTSBURGH (CBS/AP) Their stage names are "Rob Black" and "Lizzie Borden," and they are a real life husband and wife team from California who now will each spend a year and a day in prison for distributing violent sex videos depicting simulated rape and murder.

Robert Zicari and Janet Romano also received two years of supervised release at their sentencing Wednesday. They pleaded guilty in March to conspiracy to distribute DVDs purchased by an undercover U.S. postal inspector in Pittsburgh.