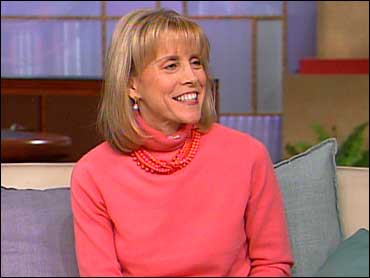 The Expos improved their record against the AL to 14-3 and prevented Rolando Arrojo from becoming the majors first nine-game winner with a 7-5 victory Saturday night over Tampa Bay.

"I don't think there's any reason or any explanation," Montreal manager Felipe Alou said. "The two games here were very tough. Those guys (last year's Expos) are not here anymore. Only a few guys are left."

Arrojo had retired 15 straight following Brad Fullmer's two-out double in the third when the Expos rallied.

Fullmer and Rondell White had RBI singles, and Mark Grudzielanek hit an run-scoring groundout in the eighth as the Expos won their fourth straight.

"That's just the way we play," Alou said. "Win-or-loss, we're not giving away games left and right. We're not fighting for the wild card or the pennant or the (proposed Montreal) new stadium, it's a matter of pride."

Vladimir Guerrero hit a three-run homer and Chris Widger homered in the ninth for Montreal.

Quinton McCracken and Fred McGriff had three hits apiece for the Devil Rays, who have dropped five in a row.

"It ranks up there for sure," said Tampa Bay manager Larry Rothschild when asked if this was his most frustrating defeat. "When you go through bad streaks, that's usually how it works. We hit fairly well today, we just didn't close it out. We have a two-run lead in the eighth-inning with Rolando pitching, that's a game you have a chance to put away."

Arrojo went 7 1-3 innings, allowing five runs and six hits. He struck out five and walked one. The right-hander was lifted in the eighth after hitting Vidro and giving up a double to Guerrero.

"I felt real good," Arrojo said through a translator. "I just made a mistake to Guerrero on the homer. I knew he was a fastball hitter. That time he got me."

Reliever Matt Ruebel (0-2) gave up Fullmer's hit before Tampa Bay closer Roberto Hernandez came in and allowed the RBIs to White and Grudzielanek.

Widger's solo homer, his seventh, in the ninth gave the Expos a 7-5 lead.

Anthony Telford (3-2) pitched 1 2-3 scoreless innings and Ugueth Urbina worked the ninth for his 14th save.

"No matter what everybody says about our club, we've got some good ballplayers," Telford said. "We've got guys with a lot of heart."

The Devil Rays scored single runs in the each of the first four innings to take a 4-3 lead.

Wade Boggs, who entered in a 2-for-20 slump, had an RBI single in the first and added his fourth homer in the third. He was ejected following a ninth-inning strikeout call by home plate umpire Eric Cooper.

"If everybody is going to get thrown out of the game for bitching about balls ad strikes, you should just throw out the whole league," Boggs said.

Guerrero hit his team-high 12th homer in the third. He has six RBIs in the first two games of the three-game series, and has homered in three consecutive games.

Notes: White has hits in 11 of his past 12 games and is batting .437 (21-for-48) in the span. He went 1-for-4 Saturday. ... McCracken has 10 three-hit games this season. ... The second interleague game at Tropicana Field drew a crowd of 26,501, well below the Devil Rays 31,123 average through the first 27 games. Friday's crowd of 24,025 was the smallest this season. ... Grudzielanek left Friday's game in the eighth inning after landing awkwardly on his left wrist while taking a throw at second. ... McCracken, who had gone three games without a hit for the first time this season, singled in his first at-bat.

$731 million Powerball jackpot has one winning ticket, in Maryland

The Mega Millions grand prize stands at $970 million and counting. This was the first time both lotteries topped $700 million simultaneously.