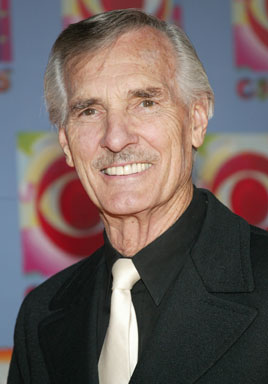 For the second straight night, the Montreal Expos were down but not out against the Atlanta Braves.

Orlando Cabrera had a two-run double as the Expos scored five runs in the eighth inning to beat the NL East-leading Braves 7-5 Wednesday.

After scoring five runs in the ninth for a 6-5 win Tuesday night, the Expos rallied again by sending 10 batters to the plate in the eighth.

Â"When you get a team that's coming from behind the way we did the last couple of games, we start getting respect from the other teams and the other pitchers,Â" Cabrera said.

With Montreal trailing 5-2, Jose Vidro led off with a single off Kevin McGlinchy (4-3). Rondell White then singled to extend his hitting streak to 13 games and Vladimir Guerrero, who hit his 15th homer in the fourth, followed with an RBI single.

Â"We can swing it,Â" White said. Â"I feel like we can finish in the top 10 or top five in (team) batting average. We've got the guys to get the hits.Â"

McGlinchy struck out Chris Widger before walking Fernando Seguignol, who had struck out in his three previous at-bats, to load the bases.

Rudy Seanez relieved and gave up a double to Cabrera that cleared the bases. Cabrera got two RBIs, and Seguignol also scored when the ball got away from right fielder Brian Jordan.

Â"(Seanez) throws in the mid-90's,Â" Cabrera said. Â"You have to look for the fastball every time so I was just looking fastball. He got behind in the count so I took advantage of it.Â"

Â"For the most part of the season we've played well offensively,Â" Mordecai said. Â"Our defense and pitching have kept us in the last couple of games and we've ended up scoring enough runs at the end of the game to overcome the deficit.Â"

Steve Kline (2-2) pitched a perfect eighth for the win and Ugueth Urbina pitched the ninth for his 17th save.

Odalis Perez allowed two runs on four hits, including Guerrero's solo homer, in 6 2-3 innings. He struck out eight, one shy of the career high he set in his last start,

Â"I think we've got a good bullpen but the game is just like that,Â" Perez said. Â"Sometimes you come in and you might not have your best stuff and you get the win. You can't do anything about it. Today, I left with the bases loaded and McGlinchy came in and got the last out (of the sixth) to get me out of trouble.Â"

The Braves took a 2-0 lead in the first. Bret Boone singled with one out and Chipper Jones walked. Ryan Klesko followed with an RBI single that scored Boone, and Klesko scored when Guerrero's throw from right got away from third baseman Mike Mordecai for his 13th error of the season.

Â"Things like this are going to happen,Â" Jones said Â"You hope it doesn't happen on back-to-back nights like this but this is what happened and we've got to try and salvage a split.Â"

Montreal made it 2-1 in the bottom half when Manny Martinez scored from third as White grounded into a double play.

Andruw Jones walked to lead off the fourth and Randall Simon followed with a single before Eddie Perez lifted a drive down the left-field line.

As Expos left fielder Rondell White drifted to the warning track in front of the left-field wall, the ball caromed off the speaker located about 100 feet above the playing field into the stands beside the Braves bullpen.

Notes: Andruw Jones has started each of Atlanta's 78 games in center field. ... Martinez, who singled and walked twice, had a career-high three stolen bases. ... The attendance was 7,273, lowering Montreal's major league-low average of 8,787 in 43 home dates. ... Perez last homered on Sep. 22 at Florida.