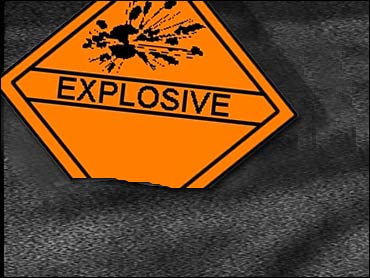 A major border crossing was closed for about an hour Monday after guards found "a small amount" of explosives in a car entering Canada from the United States, Canadian customs officials said.

They did not specify what type of explosives was found at the Peace Arch border crossing in Blaine.

"We found a small amount of explosives in a car coming in from the United States and immediately closed and evacuated the port," Canadian customs spokeswoman Paula Shore said.

A Royal Canadian Mounted Police bomb squad was called in to remove the explosives, Shore said.

The crossing was closed in both directions from 1 to 2 p.m., she said. Officials rerouted traffic to the truck crossing on Pacific Highway, less than a mile to the east.

Mike Milne, a Seattle-based spokesman for the U.S. Department of Homeland Security, confirmed the closure but declined to elaborate.

About 8 million vehicles cross at Blaine, the northern end of Interstate 5, every year.