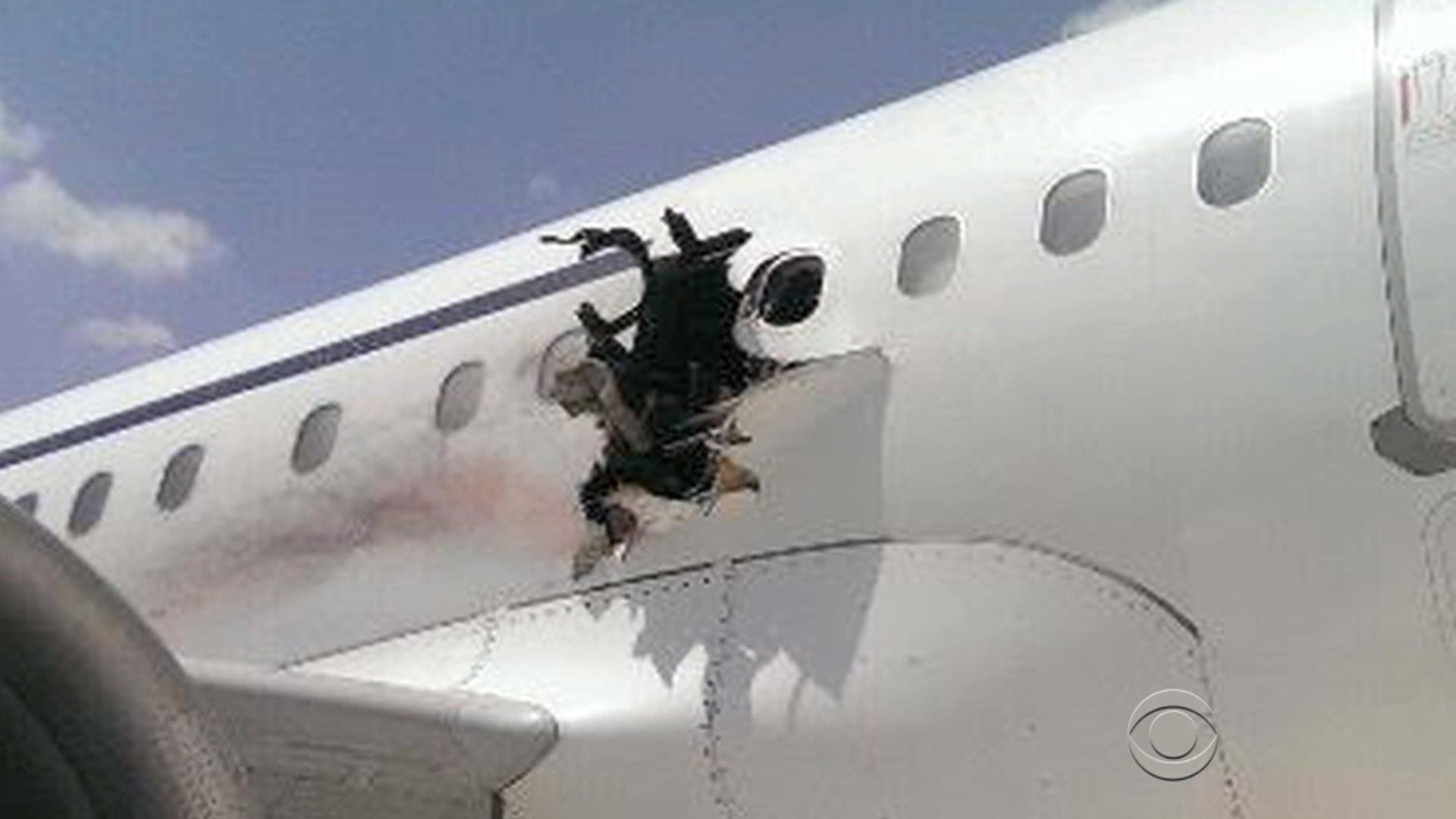 DUBAI, United Arab Emirates -- The head of the airline whose jetliner was damaged in an explosion shortly after takeoff from Somalia said Thursday that investigators have found what appears to be residue from explosives, though he cautioned that the findings were inconclusive.

Still, the preliminary discovery lends weight to the possibility that a bomb was to blame for the blast that tore through the Airbus 321 shortly after takeoff from the Somali capital Mogadishu.

"There's a residue, they're saying, of explosives. ... There's a trace," Daallo Airlines CEO Mohammed Ibrahim Yassin said during an interview with The Associated Press at the carrier's corporate office in Dubai. "But that cannot really make 100 percent that it's a bomb," he added, saying that he expects initial findings to be released in a matter of days.

On Wednesday, a U.S. official told CBS News that it appeared that a low-tech bomb was detonated on the plane.

The plane's pilot, Capt. Vlatko Vodopivec, has said previously that he and others were told the explosion was caused by a bomb.

Yassin too acknowledged that a bomb could have been to blame, saying "we cannot exclude anything right now." He declined to speculate who might be responsible.

No group has claimed responsibility for the blast. Somalia faces an insurgency from the Islamic extremist group al-Shabaab, which has carried out deadly attacks in Somalia and neighboring countries.

The Airbus A321 was carrying 74 passengers when the explosion struck. One passenger remains unaccounted for, though residents in the town of Balad, about 18 miles north of Mogadishu, have found the body of a man who may have been blown from the plane.

All but four of the passengers originally had tickets with Turkish Airlines and were rebooked on the Daallo flight after canceled flights left them stranded in the Somali capital, Yassin said.

He suggested the airline's decision to scrap two flights may have been linked to intelligence it received about a possible security threat.

"We think, you know, Turkish Airlines got a sort of security alert that they haven't passed to us," he said. He added that it is not unusual for flights in and out of Mogadishu to be canceled at short notice.

A Turkish Airlines official told the AP that a number of flights out of Turkey were canceled this week, including on Tuesday, due to bad weather, and said there were no cancellations for security reasons. The official was not authorized to comment publicly and spoke on condition of anonymity.

Turkish Airlines spokesman Yahya Ustun also said the cancellations were because of the weather, saying an unspecified number of flights were grounded "due to operational reasons required in the framework of bad weather conditions."

Daallo has temporarily suspended its operations in the Somali capital following Tuesday's incident but hopes to restart them soon, said Yassin, the airline's chief executive.

He described security at Mogadishu airport as "good" and multilayered, and "much better than it used to be." Authorities and the airline will nonetheless intensify security checks in the wake of Tuesday's incident, he said.

Daallo typically operates around 15 flights a week to Mogadishu from Somali and nearby international destinations.

Its flight Tuesday was operated by Hermes Airlines, which is based in Athens, Greece, under a lease agreement. Hermes officials have not commented on the incident.

Experts from Somalia and Greece are involved in the investigation into the blast.