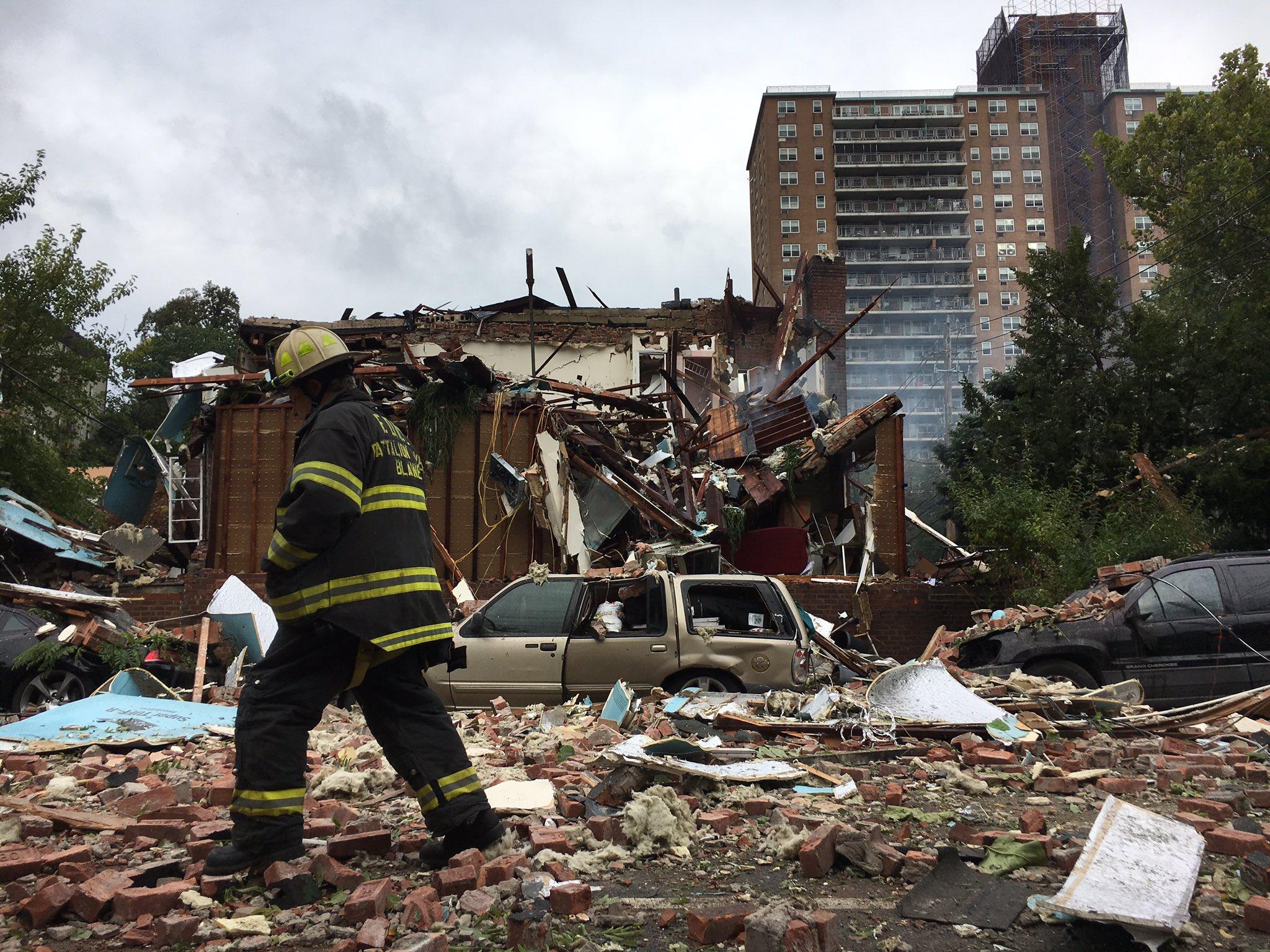 NEW YORK —  A firefighter was killed when a home in the Bronx exploded early Tuesday morning.

Firefighters were called to a house on West 234th Street in the Kingsbridge neighborhood on a report of a gas leak hours before there was an explosion around 7:30 a.m. Monday.

One resident who spoke to CBS New York said when he came out to work around 6:15 a.m., he smelled a strong odor of gas. Then at about 7:30 a.m., another resident said she heard a loud crashing sound.

The FDNY identified the firefighter killed as Battalion Chief Michael J. Fahy, a 17-year veteran and father of 3. Officials said he was hit and killed by a piece of the rook of the building.

“He was on the rise, he was a star, a brave man,” FDNY Commissioner Daniel Nigro said. “It’s a terrible loss for the Fahy family, it’s a loss for the fire department family. We feel it deeply.”

The FDNY said there were 12 people who suffered injuries, and that most were minor. The injured taken to hospitals included six police officers, and a civilian.

Authorities say firefighters went there investigating for a possible gas leak in a two-story private home, found what they believed to be a drug lab and notified police.

Police say the house exploded afterward, but it wasn’t immediately clear what caused it.

Several residents in the community took to social media to comment on the blast.