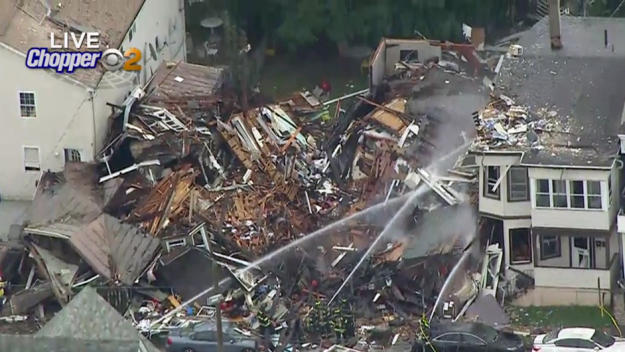 PATERSON, N.J. - Two New Jersey houses have been destroyed in an explosion that occurred after neighbors reported the smell of gas and firefighters arrived to investigate.

It’s not yet clear if anyone was injured in the Tuesday morning blast in Paterson.

Councilman Andre Sayegh says residents had notified authorities of the gas smell, and firefighters arrived at the scene shortly before the blast occurred.

One man says he saw the people who live in one of the homes departing their residence before the explosion.

A spokeswoman for Public Service Electric & Gas says the utility is working to determine what had happened and couldn’t immediately comment on the matter.

Homes and businesses on several nearby blocks were evacuated as a precaution.

CBS New York reports debris from the homes could be seen on the rooftops of adjacent houses and across the street. Neighboring homes also appeared to be damaged.