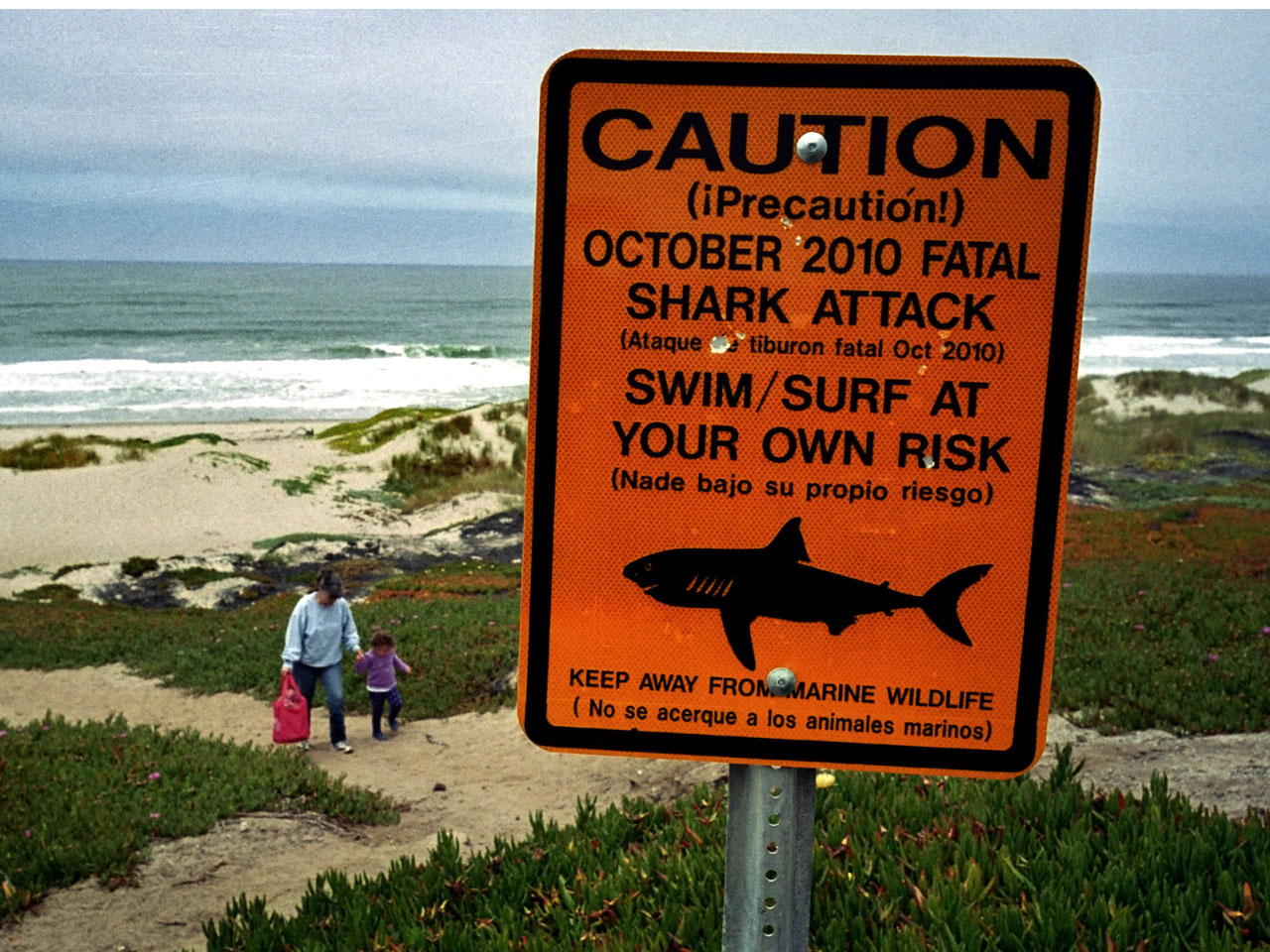 LOS ANGELES Experts say the shark that bit and killed a surfer off California's central coast probably was a great white and may have been 15 feet long.

Thirty-nine-year-old Francisco Javier Solorio Jr. of Orcutt was bitten in the upper torso in the waters off Surf Beach in Santa Barbara County on Tuesday, nearby the Vandenberg Air Force base. He died at the scene.

Authorities have closed the beach about 150 miles northwest of Los Angeles, where another shark attack two years ago killed a 19-year-old surfer. KCBS in Los Angeles reports a great white was also suspected in the death of Lucas McKaine Ransom.

Ralph Collier of the Shark Research Committee says he'll meet with investigators and examine the surfboard to study teeth marks but it's likely the attacker was a great white, which is not uncommon in California waters.

He also says it's likely the shark wasn't trying to kill the surfer but may have mistaken him for prey such as a seal and took a test bite that proved deadly.

Sheriff's Sgt. Mark A. Williams described the attackand how Solorio's friend had tried to save him. "His friend ended up swimming over and pulling him from the water where he received first aid," he said Tuesday.

The friend started first aid while another surfer called for help, but Solorio was pronounced dead by paramedics at the beach.