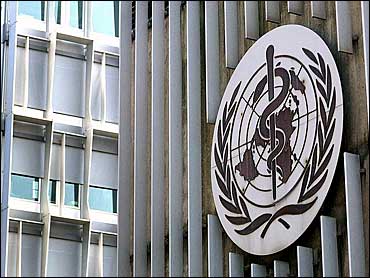 The world is closer to the next flu pandemic "than we have ever been before" and it may kill 2 million to 7 million people, a World Health Organization expert said Thursday.

"There is no doubt there will be another pandemic," Klaus Stohr of the WHO Global Influenza Program said on the sidelines of a regional bird flu meeting in Bangkok.

Pandemics usually occur every 20 to 30 years, when the genetic makeup of a flu strain changes so dramatically that people have little or no immunity built up from previous flu bouts.

"During the last 36 years, there has been no pandemic, and there is a conclusion now that we are closer to the next pandemic than we have ever been before," Stohr told reporters. "There is no reason to believe that we are going to be spared."

He said the bird flu virus that has killed 32 people in Thailand and Vietnam and millions of chickens across Asia this year "is certainly the most likely one that will cause the next pandemic."

Stohr said if bird flu triggers the next pandemic, the virus would likely originate in Asia.

"An influenza pandemic will spare nobody. Every country will be affected," he said.

Stohr said the virus would cause "a public health emergency," and estimated it would cause 2 million to 7 million deaths and make billions of people ill.

There were three pandemics in the 20th century; all spread worldwide within a year of being detected.

The worst was the Spanish flu in 1918-19, when as many as 50 million people worldwide are thought to have died, nearly half of them young, healthy adults. More than 500,000 died in the United States.

It is important that countries act quickly to guard against a possible pandemic and take stock of their inventories of antivirals, Stohr said.

Scientists are busy working on vaccines for bird flu and other viruses. Two U.S. companies have said they plan to test experimental bird flu vaccines from January.

Thai health officials said Wednesday they expect that a vaccine to protect humans from bird flu will be ready by 2007.

Health ministers and senior officials from 10 Southeast Asian countries, along with China, Japan and South Korea, are among the more than 100 people attending this week's meeting to develop strategies against flu and other infectious diseases.

Experts from WHO, the Food and Agriculture Organization, the European Union and other agencies are also attending.