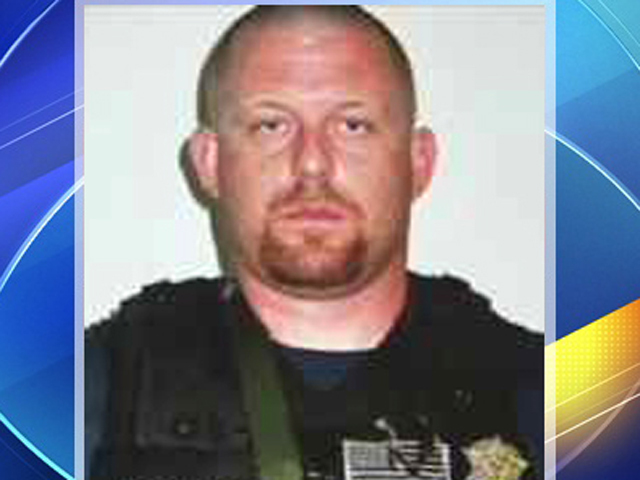 (CBS) - An Arizona police officer has been placed on administrative leave after what the Scottsdale Police Department confirms is his seventh on-the-job shooting since 2002.

According to David Klinger, a professor at the University of Missouri-St. Louis and a former Los Angeles police officer, the number of shootings Officer James Peters has been involved in is "highly unusual."

Klinger, who himself shot and killed a man who was attacking his partner with a knife in 1981, says that by most estimates, 90 percent of cops never shoot anyone in their career. His book, "Into the Kill Zone: A Cop's Eye View of Deadly Force," examines dozens of police shootings in detail.

The Arizona Republic reports that on Tuesday evening, Officer Peters and two others responded to the home of James Loxas, whom neighbors said had been threatening them with a gun. Loxas reportedly came out of the house carrying his young grandson, and when officers perceived him reaching for a weapon, Peters shot the man in the head.

The child was unharmed.

Although there is no comprehensive national data on officer-involved shootings, according to the Department of Justice, police killed 406 citizens in 2009, the most recent year for which there is data.

Klinger says that there are several factors that may explain why Peters has used deadly force so many times.

"You have to look at his assignments, where was he? What were the circumstances? It could be that he has been involved in 20 situations where he could have shot but held his fire 14 times," he explains.

According to the Republic, Peters had served on the department's SWAT team, a notoriously dangerous assignment, where officers often encounter suspects who are armed.

It is unclear whether Loxas was, in fact, armed when he was shot, or whether he had explicitly threatened the officers or the child in his arms. The Republic reports that Peters and another officer told investigators that they saw a black object in Loxas's hand before shots rang out. A loaded pistol, shotgun and "functional improvised explosive device" were all reportedly found inside the man's home.

Scottsdale Police Chief Allan Rodbell told the Arizona Republic that Peters has been cleared in all six of his previous shootings.

Klinger told Crimesider that as a member of SWAT, Peters would likely have been trained in "the prioritization of life."

He likely would have been thinking, "Is this a situation where I need to use deadly force to protect the life of the child? If so, then deadly force is authorized."

More on Crimesider
February 17, 2012: Arizona police officer who fatally shot suspect Tuesday has killed at least 5 while on duty