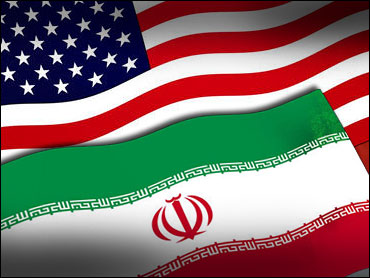 Iranian expatriates and their children living in the United States cast ballots Friday in the Middle Eastern country's heated presidential election between incumbent Mahmoud Ahmadinejad and his main rival, a reformist who favors greater freedoms and improved ties with the U.S.

Voters around the country gathered at 41 election sites, mostly at hotel and mosques staffed by volunteers. Typically, expatriates vote at their country's diplomatic missions, but Iran and the U.S. do not diplomatic relations.

Long lines formed at some locations, while record voter turnout was expected in Iran.

In a race too close to call, Ahmadinejad was defending his seat against his main rival, Mir Hossein Mousavi, who served as Iran's prime minister in the 1980s. The election was being watched around the world as an indicator of what role Iran will play in a region plagued by bloody conflict, a powerful drug trade and the war on terror.

The United States is home to about 414,000 Iranians, with more than half residing in the West, according to the U.S. Census. The election was open to expatriates and their children who have valid Iranian paperwork. Many are legal U.S. residents or citizens.

Amin Khadem, a 21-year-old Iranian student in Los Angeles and an election volunteer, said he had a civic duty as an Iranian "just like an American likes to participate in their elections."

Unlike the United States' electoral college, Iranians cast ballots directly for their candidates, who are chosen by the country's clerics. The race will go to a runoff on June 19 if no candidate receives a simple majority of votes.

Many voters stateside doubted that their ballots would be counted, but said they participated to show support for political activists who took to the streets in Iran in recent weeks.

"I want to support the people in Iran because I hope for their political and cultural life to improve," said Parandeh Kia, 48. The U.S. resident of 32 years said she wants to see Iran's society become more open and democratic.

Los Angeles resident Kia Kashani, 32, said he boycotted the last election but decided to vote for Karroubi in this round. After two and a half years in the U.S., Kashani said he now feels that boycott isn't the way to help bring change.

"If people want change in Iran, then they have to be politically active," said Kashani.

About 15 protesters outside the Los Angeles voting site called for a boycott of Friday's elections, citing human rights violations and other failures of the current regime. Many waved the pre-Islamic revolution flag used by the previous regime, the monarchy led by Shah Mohammad Reza Pahlavi.

"I'm here for my country," said Fathi Hajimoradi, one of the protesters. "For 30 years, these Islamists have terrorized the country."

Sayed Hashemi, a volunteer running a voting site at the Hyatt Regency Irvine in Orange County, said he expected about 1,500 people to cast ballots there. By Friday morning, people were waiting about 20 minutes to vote.

Yasha Kishipour, a 32-year-old architect in Costa Mesa, said he voted for Mousavi and that he was especially keen to see a change for women in Iran. He also said his mother's dance salon was shut down by authorities.

Shahab Baniadam, 51, said he had been in the United States for 30 years and it was his first time voting in Iranian elections. He said he voted for Mousavi and that he "seems like a reasonable person."

Electrical engineering student Sara Saedinia, 28, said she also voted for Mousavi because she hopes he will improve Iran's relations with the world and restore credibility to her country's passport.

"I am a U.S. citizen, but I feel bad in the airport when they search Iranians," she said.