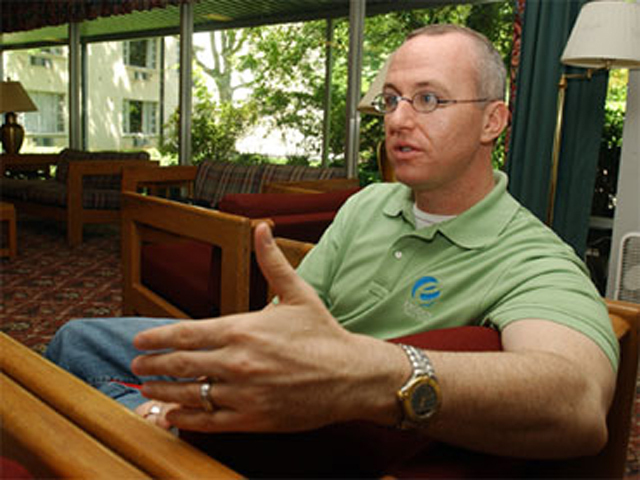 Exodus International announced in a statement Wednesday that its board of directors voted unanimously to close down "after a year of dialogue and prayer about the organization's place in a changing culture." The Orlando-based ministry says it opened in 1976 and boasts member agencies around the world.

"Exodus is an institution in the conservative Christian world, but we've ceased to be a living, breathing organism," Exodus President Alan Chambers said in the statement. "For quite some time we've been imprisoned in a worldview that's neither honoring toward our fellow human beings, nor biblical."

The announcement was posted to the ministry's website after Chambers posted an open apology to the gay, lesbian, bisexual and transgender community earlier in the day.

"It is strange to be someone who has both been hurt by the church's treatment of the LGBT community, and also to be someone who must apologize for being part of the very system of ignorance that perpetuated that hurt," said Chambers. "Today it is as if I've just woken up to a greater sense of how painful it is to be a sinner in the hands of an angry church."

Chambers had presented himself as a success case for Exodus' methods.

"Exodus is here for people who want an alternative to homosexuality," he told The Associated Press in 2007. "There are thousands of people like me who have overcome this. I think there's room for more than one opinion on this subject, and giving people options isn't dangerous."

But, in his apology Wednesday, Chambers said he "conveniently omitted my ongoing same-sex attractions.

"I was afraid to share them as readily and easily as I do today," he said. "They brought me tremendous shame and I hid them in the hopes they would go away. ... The days of feeling shame over being human in that way are long over, and I feel free simply accepting myself as my wife and family does."

Saying he was "deeply sorry" to the LGBT community, Chambers said he understood "why I am distrusted and why Exodus is hated." However, he also said that he wouldn't apologize for his personal beliefs against same-sex intercourse and same-sex marriage.

"I am sorry for the pain and hurt many of you have experienced," said Chambers. "I am sorry that some of you spent years working through the shame and guilt you felt when your attractions didn't change. I am sorry we promoted sexual orientation change efforts and reparative theories about sexual orientation that stigmatized parents.

"I am sorry that there were times I didn't stand up to people publicly 'on my side' who called you names like sodomite - or worse. ... I am sorry that when I celebrated a person coming to Christ and surrendering their sexuality to Him that I callously celebrated the end of relationships that broke your heart."

In Exodus' closure announcement, the ministry said local affiliated ministries would continue without the Exodus affiliation.

The announcement also made reference to reducefear.org as a possible new ministry. The website says it is "under development" and requests interested visitors to provide their names and email addresses.