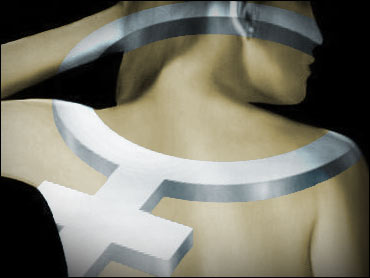 Menopausal women who exercise regularly appear to have a better quality of life than women who don't, a new study shows.

Researchers report that exercise-induced improvements in heart and respiratory fitness seemed to have a direct impact on women's perceived quality of life.

Although the impact on the number of hot flashes and other symptoms women had could have been due to chance, researcher Steriani Elavsky, PhD, tells WebMD that she believes a larger study would have shown a reduction in these symptoms with exercise.

b The clear conclusion that can be drawn from this study is that exercise was beneficial in terms of women's perceptions of their symptoms," she says. "They may be having the same number of hot flashes, but if they perceive them to be less distressful or bothersome, that is an important outcome."

The study included 164 sedentary or low-active menopausal women randomly assigned to either begin a walking program, a yoga program, or no additional exercise. The researchers defined low-active women as those who exercised less than two times a week for 30 minutes or more at moderate intensity.

The average age of the women in the study was 50, and the women were asked to follow the assigned exercise or no-exercise plan for four months.

Women who walked regularly or took yoga classes tended to report improvements in quality of life and reduced anxiety and stress related to menopause.

Elavsky says about half the women who exercised reported these improvements and half reported no change.

Women who walked derived the most benefit in terms of menopause outcomes, but yoga was also beneficial.

The study is published in the April issue of the journal Annals of Behavioral Medicine.

Each year about 1.5 million American women reach menopause, U.S. census figures reveal. Although the median age of menopause is 52, some women enter menopause as early as age 40 or as late as age 58, according to the North American Menopause Society (NAMS).

While agreeing that regular exercise is very beneficial for women, especially as they reach middle age, New York City ob-gyn and NAMS member Lila Nachtigall, MD, says she has seen no evidence that it reduces the frequency of the most troubling menopause symptom for most women.

Nachtigall is a professor of obstetrics and gynecology at New York University School of Medicine.

"Exercise is good for your heart, lungs, arteries, and weight. It helps prevent diabetes and bone loss," she says. "But I have never seen it help reduce hot flushes. It would be nice if it did, but it just doesn't."

If anything, exercise brings on hot flashes in many women by increasing their core body temperature, she says.

b A lot of women who are regular exercisers tell me that they have a harder time exercising because of the flushing, she says.

She concedes that exercise probably does have a beneficial impact on other menopause symptoms, such as sleep disturbance and anxiety. But she notes that hormone therapy is still the best treatment for severe hot flashes.

"These days, women feel guilty if they need to take estrogen, and I don't understand that," she says. "Menopause is different for everyone. Flushes vary in intensity and in number. Some women will get by fine with no treatment, and others will need hormone therapy whether they exercise or not."