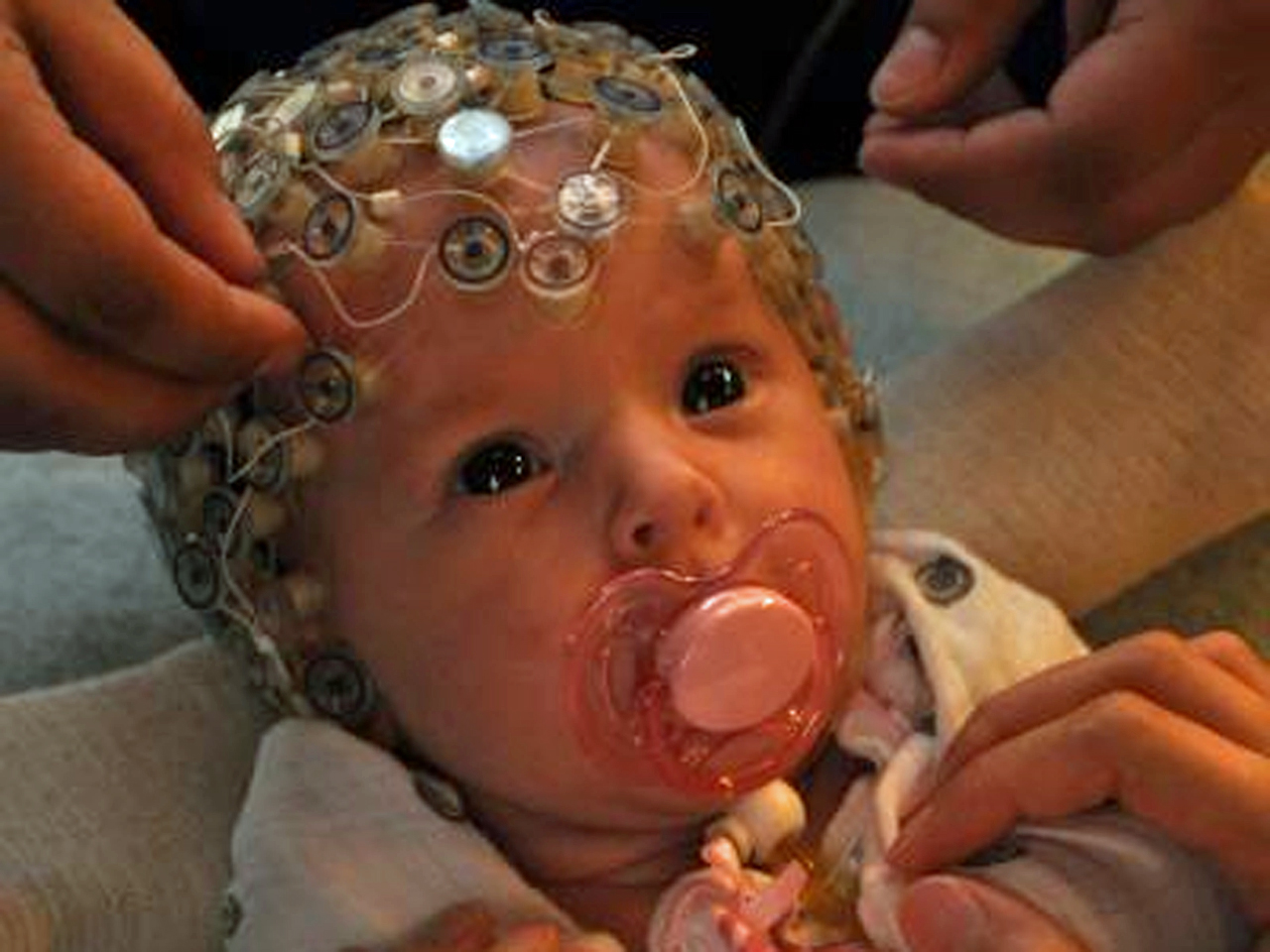 Mothers who exercise during pregnancy may not only improve their health but the brain development of their babies.

"Our research indicates that exercise during pregnancy enhances the newborn child's brain development," study lead Dave Ellemberg, a professor in the department of kinesthesiology at the University of Montreal, said in a press release. "We are optimistic that this will encourage women to change their health habits, given that the simple act of exercising during pregnancy could make a difference for their child's future."

The team looked at mothers in their second trimester of pregnancy. Ten were told to perform cardiovascular exercises for at least 20 minutes three times per week at a moderate level, which meant they would experience a slight shortness of breath. The other women were told not to exercise.

Between eight to 12 days after birth, babies had their brain activity measured using an electroencephalography (EEG) scan, which measures electrical activity in the brain as a series of waves.

Scientists placed 124 soft electrodes on the infant's head and then waited for the child to fall asleep. Then they looked at the child's auditory memory processing when playing repeated and unique sounds. Tones included steady beeps interspersed with higher-pitched sounds.

The researchers discovered that newborns whose mother exercised had about half the size of wave activity compared to those whose moms didn't work out. Smaller waves are better, because it means that the infants' brains were using less energy to process the sounds.

"Our results show that the babies born from the mothers who were physically active have a more mature cerebral activation, suggesting that their brains developed more rapidly," research co-author Elise Labonte-LeMoyne, a PhD candidate at the University of Montreal, said in a press release.

The researchers pointed out that obstetricians used to tell mothers to not exert themselves too much during pregnancy, but now experts know that inactivity may be more detrimental to both the mother and the baby's health.

Not exercising can lead to more complications during pregnancy, while staying active has been linked to a lower risk of obesity for the child and easier postpartum recovery for the mom.

Exercises pregnant women can take on include walking, swimming, low-impact aeroboics and cycling on a stationary bike, according to the Mayo Clinic.

Before you begin an exercise program, make sure you speak with your doctor.

Dr. Raul Artal, professor and chair of obstetrics and gynecology and women's health at Saint Louis University School of Medicine, said that this study showed how important exercise was for the mother and child.

"Pregnancy is not a state of confinement or indulgment," Artal, who was not involved in the study, told HealthDay.

The team is following the same children through the age of 1 and looking at their cognitive, motor and language development to see if the mother's exercise levels during pregnancy had any effect on those brain areas.

The results were presented at the Society for Neuroscience 2013 conference in San Diego on Nov. 10, and are considered preliminary since they've yet to be published in a peer-reviewed journal.