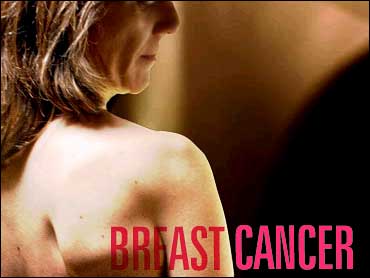 A life-saving prescription for breast cancer patients might be a simple: Get moving!

A new study released Monday says women who pick up the pace during their recovery — mostly by just walking — appear to substantially reduce their risk of dying from the disease.

"We know that physical activity has been shown to improve the quality of life for women with breast cancer," said Dr. Michelle Holmes of Brigham and Women's Hospital in Boston. "We conclude it may also help them live longer as well as better."

Staying active has long been thought to lower the risk of getting cancer, but her study found those who exercised after a diagnosis of breast cancer reduced their chance of dying by one-quarter to one-half, depending on how active they were.

Just how exercise might do this is still unclear, though experts have several theories. Whatever the biological explanation, the researchers say moderate exercise is an undeniably safe recommendation that can improve cancer survivors' health in many ways.

Holmes presented her findings at a meeting of the American Association for Cancer Research, a gathering of 13,500 researchers in Orlando.

People who walk and get other kinds of exercise are less likely to develop many common health problems, including heart disease, high blood pressure, osteoporosis and diabetes. Several studies also suggest exercise can prevent breast and colon cancer, and it may also help stop endometrial, kidney and esophageal cancer.

Generally, doctors recommend at least 45 minutes of moderate to vigorous exercise five times a week. This might prevent colon cancer by speeding the movement of food through the intestines. Exercise might also reduce breast cancer by burning up stored fat that produces estrogen, which in turn can fuel breast cancer growth.

Holmes' results were based on the Nurses Health Study, which has followed the health of almost 122,000 female nurses since 1976. The researchers looked at physical activity in 2,167 women who were diagnosed with breast cancer after the study began.

During up to 16 years of follow-up, it turned out that those who got lots of exercise were most likely to survive their disease, although even a little bit clearly helped.

Most of the women walked for exercise. Those who put in one to three hours a week at a leisurely 3 mph lowered their risk of dying from breast cancer by one-quarter, compared with the most sedentary women. Those who walked between three and eight hours a week cut their risk in half.

The researchers waited until two years after the women learned of their cancer before measuring their exercise.

In another study at the conference, researchers from Vanderbilt University looked at the effects of lifelong exercise on the risk of endometrial cancer, which is the fourth most common cancer in U.S. women. The study was conducted on 832 women in China, where this kind of cancer has nearly doubled since the 1970s.

Charles Matthews said those who stayed active through exercise, housework and walking and cycling for errands had about a one-third lower risk of this form of cancer.

"An active lifestyle, whether from exercise or other domains of life, conferred substantial benefit," he said.

Another way exercise may help is by reducing low-level inflammation, which has also been liked to heart disease and is more common among the overweight.

At the Fred Hutchinson Cancer Research Center in Seattle, researchers put 114 overweight older women on an exercise program to see the effect on C-reactive protein, one sign of this kind of inflammation. After a year, CRP fell about 20 percent in those who were obese, even if they did not lose much weight.

"Brisk walking is a great activity for women who want to improve their cardiovascular health and reduce their cancer risk," said Cornelia Ulrich, who presented the data.