NEW YORK (CBS) Whenever I hear about a story like Jaycee Lee Dugard's – kidnapped at age 11 and held captive for 18 years, bearing two children with her kidnapper – I inevitably think of Colleen Stan because if anyone knows what Jaycee went through and is about to go through, it's Colleen.

Colleen is not as well-known as Elizabeth Smart or Patty Hearst but, if anything, her story is even more incredible. Everyone wants to know why someone like Jaycee or Elizabeth or Patty, all of whom had some apparent freedom, did not flee their kidnappers. Well, Colleen can tell them why. Her story is horrible but instructive.

I met Colleen in 2003 when Elizabeth Smart was found alive, and I've never been able to stop thinking about her. Colleen was held by a husband and wife for seven years as a slave for sex and just about anything else the couple desired but here's the kicker – for much of that time, she lived in a coffin-sized box underneath the couple's bed!!

A book was written about Colleen by a prosecutor in the case and its title fittingly is "Perfect Victim."

When I met Colleen, she seemed well-adjusted. She came to the interview with her daughter, a young woman, and then calmly but articulately spun out her incredible tale.

Colleen was a 20-year-old hitchhiker in 1977 when she was picked up by a young couple with a child in the back seat of their car. What could be safer, she thought? But the husband, Cameron Hooker, was a sexual sadist who took Colleen to the family's isolated trailer and raped her. The abuse got worse and worse.

"He liked to whip me with whips," she told CBS News. "He had electro-shocked me. He had burned me. He had done many things." 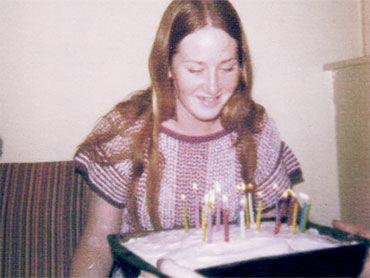 Hooker renamed Colleen "K" and constructed a coffin-sized box with holes in it and instructed her to climb in. He then shoved the box under the couple's bed every night and kept her as his slave for the next 7 years.

Colleen felt she had no control of anything. She said he told her, "I'm in control and Colleen no longer exists. You are now K. You are my slave."
Hooker wrote up a contract for Colleen that "basically said that he owned me body and soul."

At one point, Hooker handed Colleen a gun. "I didn't know if it was loaded or not and he told me 'this is to see if you'll do what I say,' and he told me to put the gun in my mouth and pull the trigger, and I did," she said.
Everything about this story is shocking and you might think that Colleen would do anything in her power to escape, and that is where her story intersects with Jaycee's because people who are totally under someone else's control – even given the opportunity to escape – do not. The brainwashing is complete. We as free individuals cannot understand it because we've never been in their situation.

Some 3 1/2 years into Colleen's captivity – living in a box, being raped repeatedly – her abductor Cameron Hooker took her home for a visit with her family and left them with her overnight. She never said a word about what was going on with Hooker, and in fact went back with him the next day to live in the box again for another 3 ½ years.

CBS News Correspondent Peter Van Sant was incredulous: "Why then didn't you tell them 'I've been kidnapped, tortured?' Why didn't you pick up the phone and call the police and say, 'Get here immediately. I need your help, I need your protection?'" 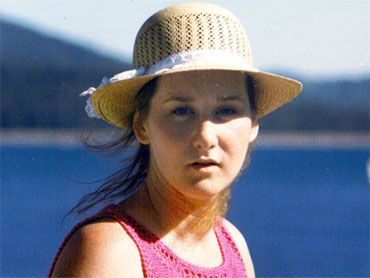 (CBS)
Colleen Stan at age 29, shortly after she was released.

Colleen explained that Hooker had warned her that, if she said a word about what was going on, his "men" would storm into the house and kill her parents and her and anyone inside the instant she opened her mouth.

"Because of the threats that people would come right in the house and people would be hurt," she told Van Sant.

"And you believed him?"

Hooker's control over Colleen was that complete. She went back to the box, and it was only because of Hooker's wife that she was eventually rescued. Hooker's wife went to the authorities at the behest of her minister. Hooker was eventually tried and sentenced to life in prison. His wife was never prosecuted under the theory that she too was abused and scared to death of her husband.

Colleen recovered after years of therapy. She is now an office manager in Northern California. I caught up with her Monday and asked her about Jaycee Dugard. Colleen said she'd been trying with no luck to get in touch with Jaycee's mother, and had met her mother on a talk show some years ago.
Colleen was of course concerned about Jaycee's state of mind. "I read that she felt guilty but she should not feel that way," Collen said. "You can't be with someone 18 years and not have an attachment. I hope I get the opportunity to talk to her and tell her she did nothing wrong. She did everything right. She's alive.

"I want to work with these women (Jaycee, her mother and her daughters) and help them readjust," Colleen said. "It is not easy. After being away from the world for 7 1/2 years and all of a sudden you're thrown back in the world and it's hard, very overwhelming. My heart just goes out to these women who come out of these situations. It's hard to adjust to your family situation." 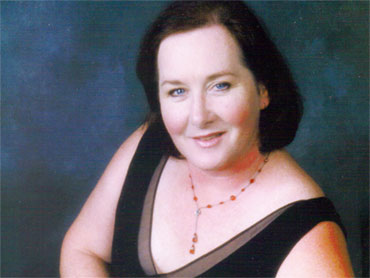 What most shocked Colleen when she came out of captivity was something you might not expect. She was surprised at how ungrateful everyone was. "I was shocked," she said. "People had nice jobs and houses and had plenty but they seemed so unhappy. They wanted more. I was coming out of a situation where I had nothing, and being exposed to these people who had so much and were unappreciative of it and complaining, I thought 'My God why don't they see how blessed they are?'

"It was overwhelming at first that people don't take advantage of what they have. All I came home with were the clothes on my back. I had nothing. I was blessed with family and friends.

She received therapy from Doctor Christopher Hatcher from San Francisco, who has since died. Colleen considers him her savior. "He helped me to understand that I didn't do anything wrong. I did everything right. People will ask you why you didn't do this or that and they don't know. They were not in that situation.

"I had a lot of support from my family but they didn't know what to tell me so Dr. Hatcher helped me understand that people in this situation switch to survival mode. You have to do what you have to do and say to get through this situation and you shut down your emotions. I had to learn how to turn those emotions back on.

"I would like Jaycee to understand that (her recovery) will not happen overnight. She'll carry around guilt, shame, anger and it will take years. I never got angry until long after (Cameron Hooker) was arrested. I did not feel safe until he was convicted because I was still afraid he would get off.

"It's perfectly normal to go through these emotions." 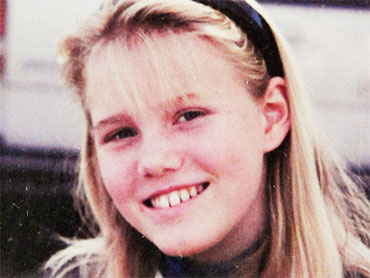 (AP Photo )
Photo: Jaycee Lee Dugard sometime before she was kidnapped in 1991.

I asked her the question everyone always wants to know: why didn't you escape when you had the chance?

"People don't understand all the threats made against me, my family. There's a lot more to it than just walking away. When you're sexually abused, these things solidify the fact that if you don't do what I say, I can take your life. I thought, 'What if he catches me when I try to escape?' It wasn't like I never thought about these things. I did but I never felt safe to act out on them until his wife came to me and said, 'We have to get out of here.'"

Colleen is 52 years old now, and on August 9th, she celebrated the 25th anniversary of the day she was set free, enjoying a cake and celebration with her recovery group. The cake, she said, was as sweet as life is now.