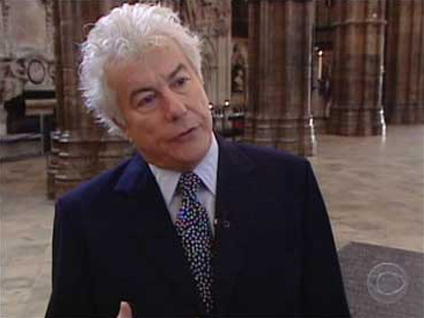 Carla knew her parents were about to have a row. The second she walked into the kitchen she felt the hostility, like the bone-deep cold of the wind that blew through the streets of Berlin before a February snowstorm. She almost turned and walked back out again.

It was unusual for them to fight. Mostly they were affectionate--too much so. Carla cringed when they kissed in front of other people. Her friends thought it was strange: their parents did not do that. She had said that to her mother, once. Mother had laughed in a pleased way and said: "The day after our wedding, your father and I were separated by the Great War." She had been born English, though you could hardly tell. "I stayed in London while he came home to Germany and joined the army." Carla had heard this story many times, but Mother never tired of telling it. "We thought the war would last three months, but I didn't see him again for five years. All that time I longed to touch him. Now I never tire of it."

Father was just as bad. "Your mother is the cleverest woman I ever met," he had said here in the kitchen just a few days ago. "That's why I married her. It had nothing to do with . . ." He had tailed off, and Mother and he had giggled conspiratorially, as if Carla at the age of eleven knew nothing about sex. It was so embarrassing.

But once in a while they had a quarrel. Carla knew the signs. And a new one was about to erupt.

They were sitting at opposite ends of the kitchen table. Father was somberly dressed in a dark gray suit, starched white shirt, and black satin tie. He looked dapper, as always, even though his hair was receding and his waistcoat bulged a little beneath the gold watch chain. His face was frozen in an expression of false calm. Carla knew that look. He wore it when one of the family had done something that angered him. He held in his hand a copy of the weekly magazine for which Mother worked, The Democrat. She wrote a column of political and diplomatic gossip under the name of Lady Maud. Father began to read aloud. "'Our new chancellor, Herr Adolf Hitler, made his debut in diplomatic society at President Hindenburg's reception.'"

The president was the head of state, Carla knew. He was elected, but he stood above the squabbles of day-to-day politics, acting as referee. The chancellor was the premier. Although Hitler had been made chancellor, his Nazi party did not have an overall majority in the Reichstag--the German parliament--so, for the present, the other parties could restrain Nazi excesses. Father spoke with distaste, as if forced to mention something repellent, like sewage. "'He looked uncomfortable in a formal tailcoat.'"

Carla's mother sipped her coffee and looked out of the window to the street, as if interested in the people hurrying to work in scarves and gloves. She, too, was pretending to be calm, but Carla knew she was just waiting for her moment.

The maid, Ada, was standing at the counter in an apron, slicing cheese. She put a plate in front of Father, but he ignored it. "'Herr Hitler was evidently charmed by Elisabeth Cerruti, the cultured wife of the Italian ambassador, in a rose-pink velvet gown trimmed with sable.'"

Mother always wrote about what people were wearing. She said it helped the reader picture them. She herself had fine clothes, but times were hard and she had not bought anything new for years. This morning she looked slim and elegant in a navy blue cashmere dress that was probably as old as Carla. "'Signora Cerruti, who is Jewish, is a passionate Fascist, and they talked for many minutes. Did she beg Hitler to stop whipping up hatred of Jews?'" Father put the magazine down on the table with a slap. Here it comes, Carla thought.

"You realize that will infuriate the Nazis," he said.

"I hope so," Mother said coolly. "The day they're pleased with what I write, I shall give it up."

"They're dangerous when riled."

Mother's eyes flashed anger. "Don't you dare condescend to me, Walter. I know they're dangerous--that's why I oppose them."

"I just don't see the point of making them irate."

"You attack them in the Reichstag." Father was an elected parliamentary representative for the Social Democratic Party.

"I take part in a reasoned debate."

This is typical, Carla thought. Father was logical, cautious, law-abiding. Mother had style and humor. He got his way by quiet persistence, she with charm and cheek. They would never agree.

Father added: "I don't drive the Nazis mad with fury."

"Perhaps that's because you don't do them much harm."

Father was irritated by her quick wit. His voice became louder. "And you think you damage them with jokes?"

"And that's your substitute for argument."

"I believe we need both."

Father became angrier. "But, Maud, don't you see how you're putting yourself and your family at risk?"

"On the contrary. The real danger is not to mock the Nazis. What would life be like for our children if Germany became a Fascist state?"