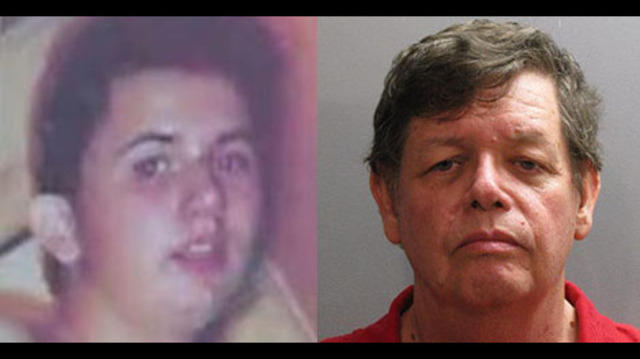 JACKSONVILLE BEACH, Fla. -- A former youth pastor has been arrested in connection to the death and dismemberment of a boy 23 years ago in Florida.

News outlets report that 60-year-old Ronnie Leon Hyde of Jacksonville Beach was arrested Tuesday as local, state and federal authorities swarmed his home. He’s being held without bond on murder charges at the Duval County jail.

In June of 1994, an unidentified, dismembered male body was found behind a Lake City gas station. It wasn’t until 2015 that DNA tests identified the victim as 16-year-old Fred Laster.

Laster’s family had reported him missing in 1994. His sister told police her brother was last seen with Hyde - a youth pastor and family friend. She reportedly told investigators Hyde kept changing his story about the last time he saw her brother.

A nine-page arrest warrant for Hyde obtained by CBS affiliate WJAX reveals that a bloody flannel shirt, blood-stained knives, a blood-soaked mattress cover and bathtub non-slip safety pads were recovered at the gas station where Laster’s torso was found.

After the victim was identified, the warrant says investigators used DNA found in trash taken from outside Hyde’s home to link him to the the flannel shirt found with the body. The warrant also says Hyde drove a Chevy Camaro that matched the description of a car seen near the site where the body was discovered.

It’s unclear if Hyde has an attorney.