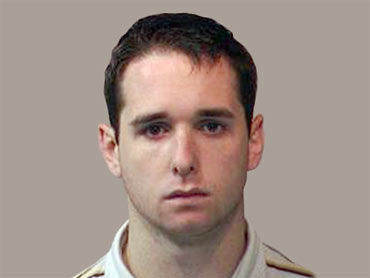 Now that America has had a chance to see a British TV documentary about the unique life of entertainer Michael Jackson, his ex-wife is defending him.

"He's really wonderful, loving, [a] caring man, and he's not portrayed as he really is and it really pisses me off," Debbie Rowe told Entertainment Tonight, like CBSNews.com, a part of Viacom Inc.

"There could be no other person that could be a better father and I resent anyone making allegations that he's not a parent and not a proper parent. No one has ever read more about parenting. No one has ever practiced the art of parenting [more], and parenting is an art."

Two of Michael's three children, Prince Michael, age 5, and daughter Paris, age 4, were both born during his brief marriage to Debbie, whom he divorced in 1999. His third child, Prince Michael II, affectionately nicknamed "Blanket," is reportedly from an anonymous surrogate mother.

In the documentary, shown Thursday night on ABC, Jackson said that kids frequently share his bedroom for milk-and-cookies sleepovers at Neverland Ranch, although he repeatedly denied that his friendships are in any way sexual.

Jackson's admissions have attorney Gloria Allred calling for legal action against the star in Santa Barbara County, Calif., where he lives.

"I am hopeful the child welfare services will initiate a much-needed investigation into Mr. Jackson's activities with children at Neverland," she said. "I think it's highly inappropriate for a young child to sleep in the same bedroom with Mr. Jackson, an adult male — especially in light of prior accusations against him."

The British reporter had unprecedented access to the king of pop and his family. He was even in Jackson's hotel room in Berlin last November moments after the performer's highly criticized baby dangling incident.

Jackson, in a statement said he was "devastated and utterly betrayed" by the program. He called it "a gross distortion of the truth and a tawdry attempt to misrepresent his life and his abilities as a father," and has filed a complaint with two British television watchdog groups.

"Everyone who knows me will know the truth which is that my children come first in my life and that I would never harm any child," it said.

The complaint filed with the Independent Television Commission alleged the documentary "contains the clear innuendo that Mr. Jackson is guilty of inappropriate behavior with children." It said the show's voiceovers, questions and editing gave credence to allegations made against him in 1993 of a sexual offense against a child.

Granada, the television company behind the documentary, said the show was "a truthful, open and intimate portrayal of many aspects of Michael Jackson's extraordinary life."

In the program, Jackson talked about his overbearing father, which some say may explain his odd behavior, and insisted that he only has had two nose jobs, and no other work on his face, reports CBS News Correspondent Jon Frankel.

Throughout the documentary Jackson consistently seems child-like and innocent. At one point he insists that, in his heart, he is Peter Pan.