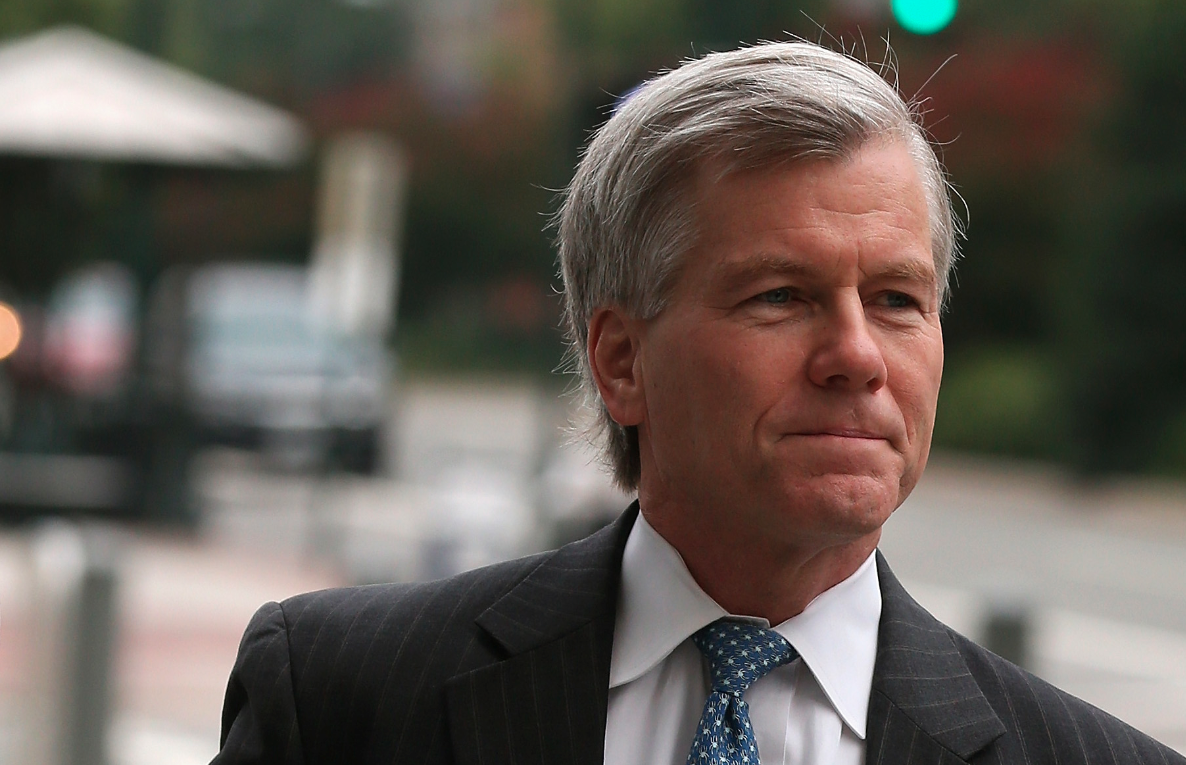 On Wednesday, former Virginia Governor Bob McDonnell took the stand in his corruption trial and said his troubles were all his wife's fault. On Thursday, he said he had moved out on her and had taken up residence in the church rectory.

On his first full day on the witness stand Bob McDonnell testified that his marriage was so bad during his four years as governor that he put it "on hold."

In an emotional email to his wife in September 2011 he called her his "soulmate" but also said: "You tell me all the time how bad your life has been with me and how unhappy you are... I am so spiritually and mentally exhausted from being yelled at."

McDonnell told the court he thought his marriage was ending.

That testimony is intended to support a key element of McDonnell's defense -- that he and his wife couldn't have been engaged in a conspiracy to accept illegal gifts because they were barely on speaking terms.

The two are charged with accepting more than $165,000 in gifts from businessman Jonnie Williams and in return using their official positions as governor and first lady to promote his health supplement business.

By claiming to have a dysfunctional marriage McDonnell is also hoping to bolster his argument that his wife kept him in the dark about some of the gifts.

For example, he said he had "no idea" Williams had taken her on a $20,000 shopping spree in New York. "She told me she'd gotten a couple of dresses" he testified.

He also said he was "astounded" to learn his wife borrowed $50,000 from Williams. Asked why he didn't tell her to return the check McDonnell said he wanted to avoid another fight.

But McDonnell admitted he did know about many other gifts from Williams -- including $15,000 to his daughter for her wedding reception, and a vacation at Williams lake house that included the use of a Ferrari -- which he said he drove because: "At some point, I'm entitled to be normal."

McDonnell will continue to be questioned by his own lawyer Friday.