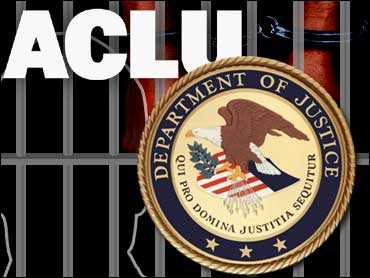 A man who for 12 years served as president of the Virginia chapter of the American Civil Liberties Union was sentenced to seven years in prison for downloading what authorities said was some of the "most abhorrent" child pornography they have ever seen.

The prison term for Charles Rust-Tierney, 52, of Arlington, is one year less than the minimum sentence suggested under federal sentencing guidelines, and more than the five-year term defense attorneys wanted.

"I know what I have done is wrong, morally and legally," he said Friday. "My conduct in paying the producers of this material is reprehensible. I am filled with contrition, remorse and shame."

U.S. District Judge T.S. Ellis III gave Rust-Tierney credit for what he said was "an otherwise exemplary life" that included decades of service as a public defender in Washington, D.C., representing the mentally ill. Several dozen people wrote letters to the judge on Rust-Tierney's behalf, and more than 20 people attended Friday's hearing to support him.

Rust-Tierney was president of the ACLU's Virginia chapter from 1993 to 2005 and served as a youth sports coach in Arlington. There is no evidence that he ever had improper contact with children, despite a thorough investigation by Arlington police after his arrest in February.

Ellis said Friday that the pornography downloaded by Rust-Tierney "was of the most abhorrent kind," including torture and sexual assaults on children as young as 6.

Rust-Tierney paid hundreds of dollars to subscribe to multiple illegal child pornography Web sites at least as far back as 2004, authorities said. When he was arrested, police found roughly 850 still images and 36 videos of child pornography.

Prosecutor Edward McAndrew urged Ellis to impose an eight-year sentence, in line with federal sentencing guidelines. He suggested in court papers that many of Rust-Tierney's supporters would be less likely to stand with him had they actually seen the type of pornography that Rust-Tierney was receiving.

"The children of this country are at maximum peril when their guardians exploit them," McAndrew said.