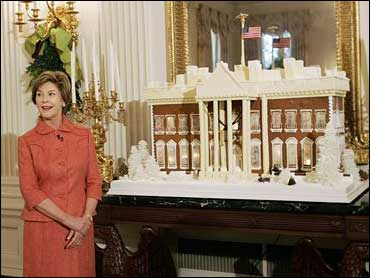 Everywhere in the world, every day, people's phone calls, emails and faxes are monitored by Echelon, a secret government surveillance network. No, it's not fiction straight out of George Orwell's 1984. It's reality, says former spy Mike Frost in an interview broadcast on 60 Minutes on Sunday, Feb. 27.

"It's not the world of fiction. That's the way it works. I've been there," Frost tells CBS News 60 Minutes Correspondent Steve Kroft. "I was trained by you guys," says the former Canadian intelligence agent, referring to the United States' National Security Agency.

The NSA runs Echelon with Canada, Britain, Australia and New Zealand as a series of listening posts around the world that eavesdrop on terrorists, drug lords and hostile foreign governments.

But to find out what the bad guys are up to, all electronic communications, including those of the good guys, must be captured and analyzed for key words by super computers.

That is a fact that makes Frost uncomfortable, even though he believes the world needs intelligence gathering capabilities like Echelon. "My concern is no accountability and nothing, no safety net in place for the innocent people who fall through the cracks," he tells Kroft.

As an example of those innocent people, Frost cites a woman whose name and telephone number went into the Echelon database as a possible terrorist because she told a friend on the phone that her son had "bombed" in a school play. "The computer spit that conversation out. The analystwas not too sure what the conversation was referring to, so, erring on the side of caution, he listed that lady," Frost recalls.

Democracies usually have laws against spying on citizens. But Frost says Echelon members could ask another member to spy for them in an end run around those laws.
For example, Frost tells Kroft that his Canadian intelligence boss spied on British government officials for Prime Minister Margaret Thatcher. "(Thatcher) had two ministers that she said, quote, 'they weren't on side,' unquote...So my boss...went to McDonald House in London and did intercept traffic from these two ministers," claims Frost. |"The British Parliament now have total deniability. They didn't do anythingWe did it for them."

America politicians may also have been eavesdropped on, says Margaret Newsham, a woman who worked at Menwith Hill in England, the NSA's largest spy station. She says she was shocked to hear the voice of U.S. Sen. Strom Thurmond (R.-S.C.) on a surveillance headset about 20 years ago. "To my knowledge, all (the intercepted voices)...would be...Russian, Chinese... foreign," she tells Kroft.

The exposing of such possible abuses of Echelon will surely add to the growing firestorm in Europe over the system.

On Feb. 23, the European Parliament issued a report accusing the U.S. of using Echelon for commercial spying on two separate occasions, to help American companies win lucrative contracts over European competitors. The U.S. State Department denies such spying took place and will not even acknowledge the existence of the top secret Echelon project.

Rep. Porter Goss (R.-Fla), chairman of the House Intelligence Committee, which has oversight of the NSA, does acknowledge that the U.S. has the capability to pick up any phone call, and that even his own conversations could have been monitored.

But Goss says there are methods to prevent the abuse of that information. "I cannot stop the dust in the ether...but what I can make sure, is that...the capability is not abused," he tells Kroft.

9/25/2022: The Secretary of State, Inside the Committee, Rescuing Reefs
Thanks for reading CBS NEWS.
Create your free account or log in
for more features.
View CBS News In
CBS News App Open
Chrome Safari Continue
Be the first to know
Get browser notifications for breaking news, live events, and exclusive reporting.