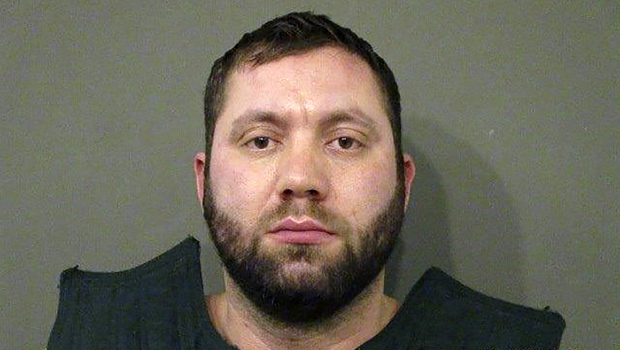 WAVERLY, Ohio -- A former southern Ohio sheriff's deputy charged in two separate fatal shootings this year had problems while working as a deputy in another sheriff's office, his ex-boss said.

Joel Jenkins never made it out of his probationary period while working in Fayette County during 2011-2012, said County Sheriff Vernon Stanforth. He said Jenkins was reprimanded for hitting an elderly man with his cruiser at a crosswalk.

Jenkins, most recently a deputy in Pike County, turned himself in Friday after being indicted in the on-duty killing of a fleeing driver in March and an off-duty slaying of his neighbor on Dec. 3.

"Our hearts are broken for those families that have lost somebody to his actions," Stanforth told The Columbus Dispatch "It's a tragedy, but he doesn't reflect law enforcement. He reflects his own decision-making process."

Calls to a possible phone number for Jenkins and to his attorney's office on Friday and Saturday were not returned.

The indictment charged Jenkins with murder and reckless homicide for his role in the March 28 high-speed pursuit that ended with the fatal shooting of 26-year-old Robert C. Rooker, said Dan Tierney, a spokesman for the Ohio attorney general.

Jenkins also was indicted on charges of involuntary manslaughter, reckless homicide and tampering with evidence in the fatal shooting of his neighbor Jason Brady, according to Tierney. Brady, 40, was shot inside Jenkins' Waverly home, investigators said.

Authorities have said that Jenkins and other sheriff's deputies were involved in the chase in March that ended with Rooker's death.

Pike County Sheriff Charles Reader took over the office in May after the former sheriff resigned.

"Once I was appointed, I could tell that there were still some issues" with Jenkins, Reader said.

The sheriff said Jenkins was placed on administrative leave and sent to a mental-health professional before being cleared to return.

"He seemed to be doing fine," Reader said.