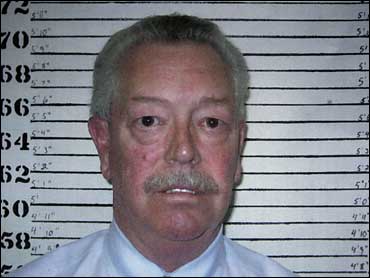 A former western Oklahoma sheriff was sentenced to 79 years in prison Tuesday for using his power over female drug court defendants to force them to have sex with him.

Former Custer County Sheriff Mike Burgess, 56, apologized to two victims but maintained that he was innocent of allegations that he had also abused others. Defense attorney Steve Huddleston described the sentence as "way too harsh" and said an appeal is planned.

Prosecutors alleged that Burgess sexually abused inmates and drug court defendants; he had been a member of a team controlling a drug court. Several female offenders testified that they feared they would be sent to prison if they did not provide sexual favors to him.

The jury that convicted Burgess had recommended a sentence of 94 years.

"I think it was harsh in the sense that he won 23 of the 36 counts," Huddleston said.

Besides the rape counts, Burgess was convicted of three counts of bribery by a public official, two counts of forcible sodomy and one count each of kidnapping, sexual battery and engaging in a pattern of criminal offenses. The sexual battery conviction involved a female former sheriff's deputy he was accused of groping.

Special prosecutor Mike Boring said he was satisfied with the sentence but regretted not obtaining convictions on the other counts.

"In the long run we're satisfied," Boring said. "The clear message is that if somebody chooses to engage themselves to act in a capacity with the public, they take on the incumbent responsibility to engage in that public service with duty, integrity and honesty, to do what is right to those over whom they have charge."

Under state law, an inmate cannot legally consent to sexual relations with a jailer or anyone else who controls the conditions of the prisoner's confinement. But Huddleston contended that drug court defendants were controlled by a judge, not Burgess, and that the women were hoping a verdict against Burgess in criminal court would lead to a payday for them in a civil case.

Allegations against Burgess surfaced after a federal lawsuit was filed against him on behalf of 12 former jail inmates in 2007. It alleged that sheriff's employees had inmates engage in wet T-shirt contests and offered cigarettes to those who would flash their breasts.

The plaintiffs' attorney, Greg Williams of Tulsa, said completion of the criminal case will allow the lawsuit to move forward.