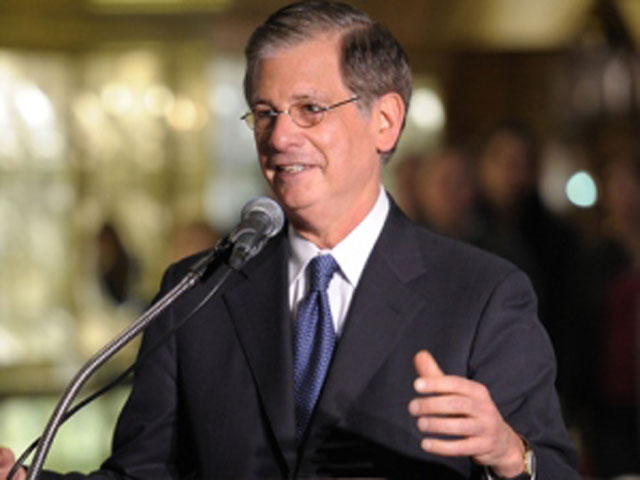 The details of the July 30 police report were reported in the New York Post on Thursday.

Police say Goldsmith shoved his wife into a kitchen counter after she told him she "should have put a bullet through" him "years ago."

The reports says that when his wife threatened to call the police, Goldsmith threw the phone hard enough to break it and grabbed her. She escaped and called police from another room.

Although his wife has since sworn under oath that there was no violence, Goldsmith told the Post he offered his resignation so it would not to be a distraction.

Meanwhile, Manhattan Borough President Scott Stringer said he is deeply disturbed by the incident and the fact that New Yorkers were never told about it, reports CBS station WCBS.

He is demanding an explanation from Mayor Michael Bloomberg.

"We have a right to know what happens at all times with high-rank mayoral officials especially the Deputy Mayor who has oversight over the NYPD," Stringer told WCBS.

He said the notion that this could just be swept under the rug is "unbelievable."

Goldsmith resigned on Aug. 4 just days after the incident. He hasn't been formally charged.