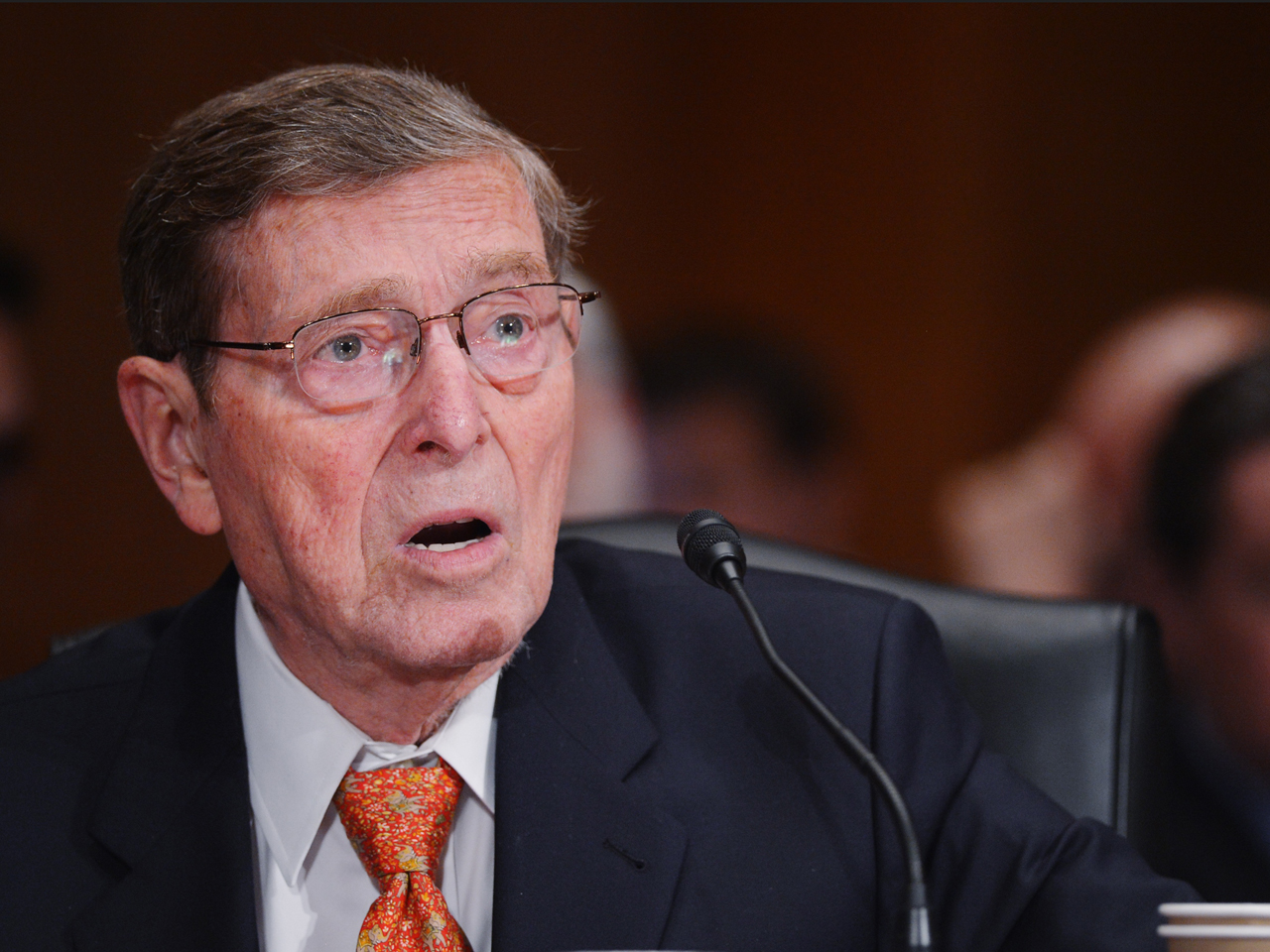 ALBUQUERQUE, N.M. Former U.S. Sen. Pete Domenici of New Mexico is acknowledging he fathered a son outside his marriage three decades ago.

"I deeply regret this and am very sorry for my behavior," Domenici, 80, said in his statement. "I hope New Mexicans will view that my accomplishments for my beloved state outweigh my personal transgression."

Michelle Laxalt's statement said she and Domenici had agreed to keep his fatherhood secret because he and her father, ex-Nevada Gov. Paul Laxalt, were senators.

"One night's mistake led to pregnancy more than 30 years ago," Michelle Laxalt said in her statement, adding that she chose to raise her son as a single parent.

Both Domenici and Michelle Laxalt indicated in their statements that were disclosing his fatherhood because they thought somebody might soon attempt to make it public, with her statement saying she thought someone would shop it to the media to smear Domenici.

In his statement, Domenici said he was sorry that he caused hurt and disappointment for his wife and other family members. Domenici is the father of eight children with his wife, Nancy. He said he disclosed the situation to his family several months ago.

"I have apologized as best as I can to my wife, and we have worked together to strengthen our relationship," Domenici said.

Domenici told the Journal his son participated in the drafting of his statement. But it was unclear if the two had a prior relationship.

Laxalt's statement said her interaction with Domenici "consisted of telling him my decision, asking that he avail himself for health-related purposes, and asking that he agree that this remain private between the two of us."

Reached at his Washington home Wednesday morning, Domenici told The Associated Press he had nothing more to say.

Domenici served six terms, making him the longest-serving senator in New Mexico's history. He was known for his unflagging support of the state's national laboratories and military installations. In Washington, he became a power broker for his work on the federal budget and energy policy. He also was an advocate for insurance coverage for mental health.

Domenici declined to seek a seventh Senate term in 2008, saying he had been diagnosed with an incurable brain disorder.

The website for Adam Laxalt's law firm, Lewis and Roca, said he is a former U.S. Navy officer and lawyer who served in Iraq. He also worked for then-Sen. John Warner, R-Va., and as a special assistant to an undersecretary of state, according to the website.