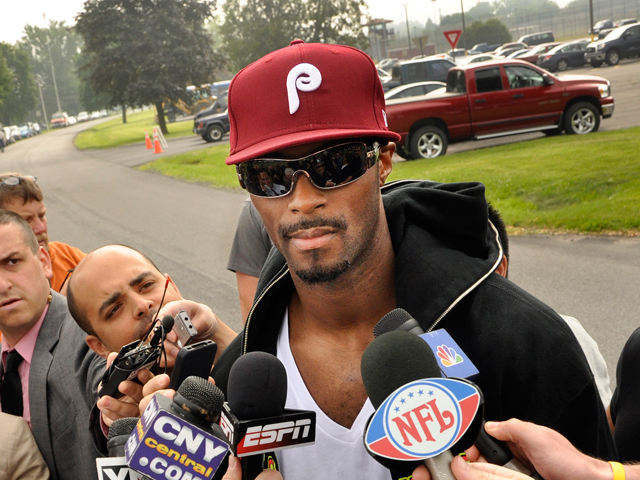 (CBS/AP) ROME, N.Y. - Ex-New York Giant Plaxico Burress was released from prison Monday after more than 20 months behind bars on a weapons charge stemming from an incident at a New York City nightclub.

"I just want to thank God for bringing me through one of the most trying times in my life," he said to reporters outside the prison. "It's a beautiful day. It's a beautiful day to be reunited with my family. I want to go home and spend some quality time with them."

Burress got into trouble after he entered a Manhattan nightclub in November 2008 with a handgun in the waistband of his pants despite not having a permit to carry a weapon in New York or New Jersey, where the NFL player lived. The gun slipped and discharged, leaving him with an injury in the thigh.

The football star pleaded guilty in August 2009 to attempted criminal possession of a weapon and was sentenced to two years in jail.

Burress had become a hero to the New York Giants after catching the 2008 winning Superbowl pass with 35 seconds remaining, giving the Giants a surprise 17-14 victory over the New England Patriots.The Giants released Burress in the April after the nightclub incident.