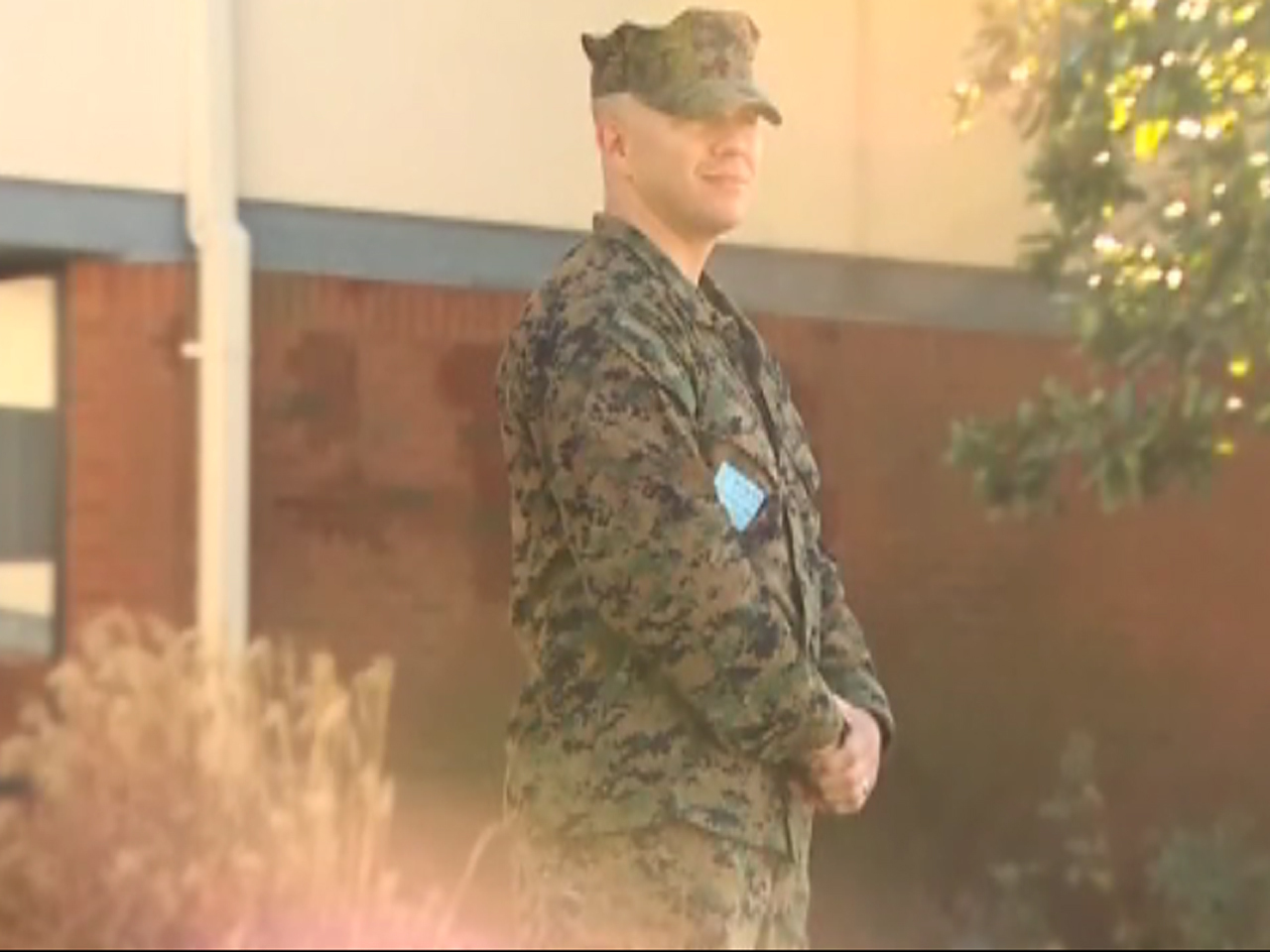 NASHVILLE, Tenn. After the tragic events at Sandy Hook Elementary, a former Marine decided to stand guard at his children's school, and parents said he was a welcome addition, CBS Nashville affiliate WTVF-TV reports.

Jordan Pritchard, a former staff sergeant in the U.S. Marine Corps, pulled down his old uniform from his attic Monday and sought to bring a sense of safety to his community. He was standing guard outside the front door of Gower Elementary School until Wednesday, when Metropolitan Nashville Public Schools finished for the year.

Pritchard said it was his responsibility.

"I'm doing this because we need hope, man. We need hope," Pritchard said.

The shooting massacre in Newtown, Conn., was a thousand miles away, but what happened there still hit too close to home.

He's a volunteer. He's not getting paid. He's not even armed, but parents said they felt better about leaving their children at school while he's been at the front door.

Pritchard said it's his duty, and parents were appreciative.

"If you are able and capable of doing something, you have the responsibility to act," he said.

Sarah Knies has second and third graders who attend Gower Elementary. She said she was comforted knowing Pritchard was there.

"He made me feel good, just to know that he stood up and did something to make us all feel better today," she said.

Many parents, staff and students stopped by to thank Pritchard.

"When parents come up to me and they're crying and thanking me for being out here," said Pritchard, "there's no job in the world that can pay me enough money to not do things for the kids and for the parents."

Pritchard also has children who attend Gower Elementary: a daughter, Valerie, in second grade and a son, Colby, in first grade. He insists his actions have not just been about them. He said he feels it's about something much bigger.

"We have to live this life for other people," said Pritchard. "That's the only way that happiness and true peace and hope will come back to our nation, is when we all come back together and love each other."