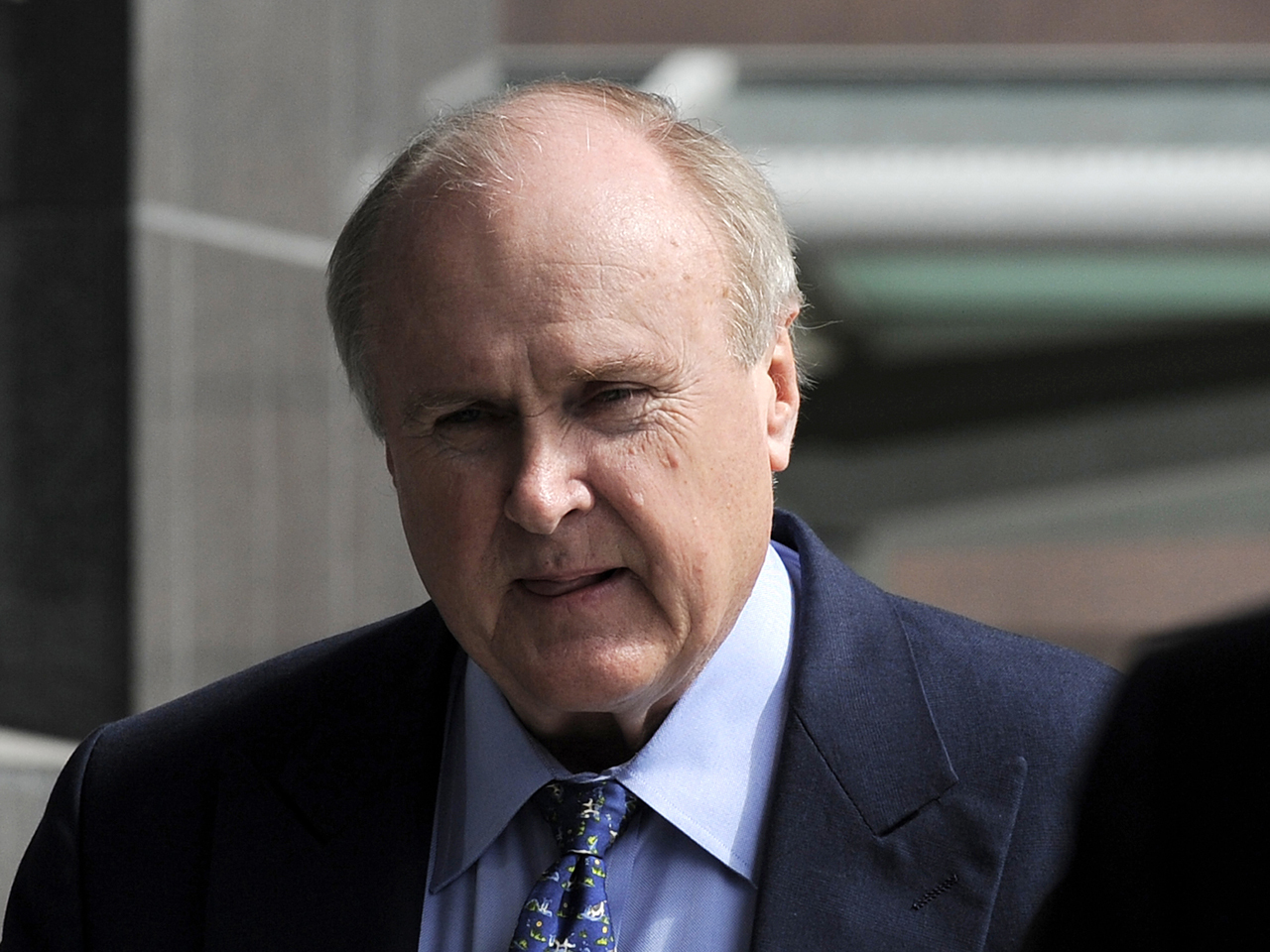 HOUSTON - After years of sentencing delays, a former KBR Inc. chief executive received two and a half years in prison Thursday for his role in a scheme to bribe Nigerian government officials in return for $6 billion in engineering and construction contracts.

Albert "Jack" Stanley also must serve three years of probation and pay $1,000 a month in restitution after he is released.

Stanley pleaded guilty in 2008 to conspiring in the decade-long scheme related to the company's natural gas operations in Nigeria from 1995 to 2004. Stanley was KBR's chief executive until 2001 and chairman until June 2004.

The 69-year-old spoke to U.S. District Judge Keith Ellison in court Thursday, saying that alcoholism played a role in compromising the traditional American values of hard work, honesty and integrity that he brought to his professional life.

"I lost touch," he said. "I wish to be very clear that I accept full responsibility for what I have done ... and hope to be able to continue to make amends for my past."

Indeed, Stanley's sentence is lighter than his plea agreement had outlined, as he had faced the possibility of seven years in prison for violating the Foreign Corrupt Practices Act. A federal presentencing report suggested punishment of three and a half years.

Veselka also argued that Stanley had cooperated with prosecutors and helped the government recover $1.7 billion in fines and restitution; making this case, Veselka said, the most successful prosecution under the Foreign Corrupt Practices Act. The act says it is unlawful to bribe foreign government officials or company executives to obtain or retain business or to secure an advantage to getting the business.

But Ellison dismissed Veselka's statement, saying the sum was only large because the case was one of the biggest ones prosecuted.

Ellison settled on two and a half years, acknowledging that white-collar criminals face hardship in prison. But he insisted he didn't want to make a "distinction for crime for rich people."

"The court does take note of and salute the strides Mr. Stanley has made both to put things right in Nigeria and to redeem his own life," Ellison said. "But the misconduct was serious, ongoing and deeply hurtful."

After the sentencing, Stanley appeared to tell friends who approached him that it was disappointing. Veselka congratulated the Justice Department for its successful prosecution but withheld additional comments since Stanley was still cooperating with prosecutors.

KBR, a worldwide engineering and construction services firm, was split off as a separate public company from Halliburton in 2007. It was formerly known as Kellogg, Brown & Root.

He also pleaded guilty to a separate count of conspiring to defraud KBR and other companies, admitting to improperly receiving kickbacks of $10.8 million from a consultant hired by KBR at his behest. He's already repaid $9.25 million of that and the restitution ordered Thursday is intended to cover the remaining $1.55 million.

A second man involved in the bribery scheme, British lawyer Jeffrey Tesler, was sentenced earlier Thursday to 21 months in prison and two years' probation. He was arrested in London in 2009, pleaded guilty in Houston a year ago to conspiring and violating the Foreign Corrupt Practices Act.

Tesler, 63, a dual citizen of Britain and Israel, also agreed to forfeit nearly $149 million from accounts in 12 Swiss banks and four from Israel. Prosecutors said the money was traceable proceeds from the bribery.

In December 2010, Nigeria's anti-corruption agency charged current and former KBR and Halliburton executives; including former Vice President Dick Cheney, who at one time led Halliburton; in the bribery scheme. But the charges were dropped a few weeks later after Halliburton agreed to pay a $35 million settlement.

The Foreign Corrupt Practices Act was passed in 1977. Its anti-bribery provisions were broadened in 1998 to apply to foreign firms and persons who directly or through agents allow corrupt payments to take place.