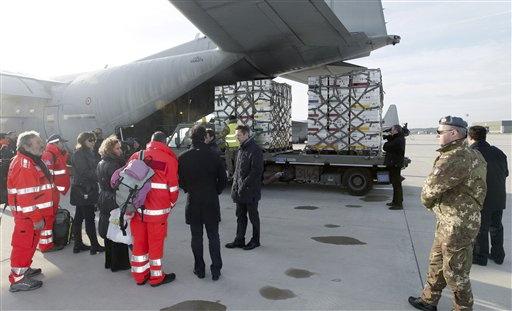 Tears streaming down his face after appearing in court Wednesday, former Houston Rockets star Calvin Murphy insisted he did not molest five of his daughters.

"I am not guilty of these charges," Murphy said after his initial court appearance on the charges, at times blotting tears with a white hand towel. "I can't emphasize that enough."

Murphy, 55, was a guard for the Rockets from 1970-83 and was inducted into the Basketball Hall of Fame in 1993. He was granted a leave of absence from his Rockets' TV job while he fights three charges of indecency with a child and three charges of aggravated sexual assault of a child.

Prosecutor Lance Long said at least one of the five daughters accusing Murphy was as young as 6 when she contends Murphy took her to a hotel room and assaulted her.

On another occasion, Long said one of the five girls had moved in with Murphy after her stepfather passed away.

Long denied money was behind the claims.

"My heart aches - of course for me because I am in the spotlight - but it really aches for my daughters, because there are reasons behind this kind of thing that will be brought out later," Murphy said.

Murphy's next court date is April 27. The prosecutor said he plans to take the case to a grand jury to secure the indictment needed to send the case to trial.

Murphy, 5-foot-9, averaged 17.9 points and shot 89.2 percent from the foul line during his pro career. He starred in college at Niagara, and athletic director Mike Hermann said Wednesday the school has put on hold possible plans to expand Murphy's role in a marketing campaign next year.