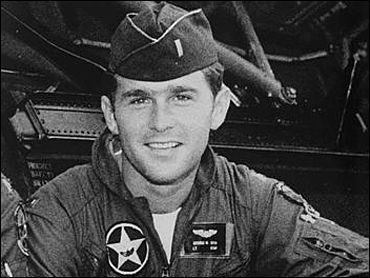 video
posted on the Internet, former Texas Lt. Gov. Ben Barnes, a Democrat, says he is ashamed that he helped President Bush and the sons of other wealthy families get into the Texas Air National Guard in 1968 so they could avoid serving in Vietnam.

"I got a young man named George W. Bush into the National Guard when I was lieutenant governor of Texas, and I'm not necessarily proud of that, but I did it," Barnes said in the 45-second video, which was recorded May 27 at a meeting of John Kerry supporters in Austin.

He said he became ashamed after walking through the Vietnam Memorial and looking at the names of people who died.

"I became more ashamed of myself than I've ever been because the worst thing I did was get a lot of wealthy supporters and a lot of people who had family names of importance into the Guard and I'm very sorry about that and I apologize to you and the voters of Texas," Barnes said.

President Bush has denied that family influence got him into the Guard.

"With controversy swirling around Kerry's service as a swift boat commander in Vietnam, Barnes' latest statements renew questions about (Mr.) Bush's military record, but also about Barnes' motivation for telling his story," the Houston Chronicle says in its Saturday editions.

"It is no surprise that a partisan Democrat is making these statements," Bush spokeswoman Claire Buchan told the Chronicle. "This was addressed five years ago, and there's nothing new."

The video was posted June 25 on the Web site www.austin4kerry.org, but didn't get much attention until Friday, when Jim Moore, an Austin-based author of books about Mr. Bush, sent out e-mail messages calling attention to it, The New York Times reported in its Saturday editions.

It was the first time Barnes, a Kerry supporter, has discussed at length his role in getting Mr. Bush into the Guard. In 1999, he said he recommended Mr. Bush for a pilot's position at the request of a Bush family friend.

"I got a lot of other people in the National Guard because I thought that's what people should do when you're in office: You help a lot of rich people," Barnes said.

Mr. Bush joined the National Guard in 1968, at the height of the Vietnam War, and served until 1973. He has said he received no special treatment.

Barnes told The Associated Press in a brief telephone interview Saturday that the video "just speaks for itself." He declined to answer specific questions about what role he had in helping Mr. Bush, but he said he may have more to say next week.

Both Mr. Bush and his father, the former president, have said they did not ask for help in finding the Guard opening.

Mr. Bush said Saturday in Lima, Ohio, that he is "proud of my service" in the National Guard.

He made the comment after a questioner in a friendly audience at a high school commented, "I'm feeling sorry on your behalf the fact that they are trying to bring this issue up about the National Guard. I have many many good friends that served in the Guard during the ... Vietnam War."

"There's eight of them that are changing parties because they've had it with the Democrats," said the man in the audience.

"The question is who's best to be the commander in chief to lead us in peace. That's the question," Mr. Bush responded to applause.

Earlier Saturday, White House spokesman Scott McLellan said of Barnes' comments: "It is not surprising coming from a longtime partisan Democrat. The allegation was discredited by the commanding officer. This was fully covered and addressed five years ago. It is nothing new."

Five years ago, Barnes found himself at the center of questions about Mr. Bush's Vietnam-era service when the then-Texas governor emerged as the Republican presidential front-runner.

At that time, Barnes' lawyer issued a statement saying Barnes had been contacted by the now-deceased Sidney Adger, a Houston oilman and friend of Mr. Bush's father, who was then a congressman. Adger asked Barnes to recommend Mr. Bush for a pilot position with the Air National Guard and he did, that statement said.

"Neither Congressman Bush nor any other member of the Bush family asked Barnes' help," according to the 1999 statement.