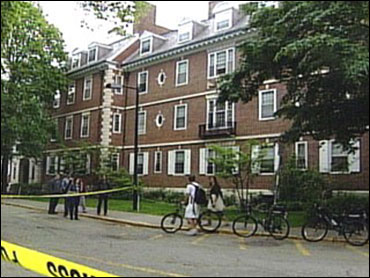 (CBS/AP) WOBURN, Mass. - Brittany Smith, a former Harvard University student, has been sentenced to three years in prison after pleading guilty in connection with the 2009 fatal shooting of a drug dealer inside a dormitory.

In pleading guilty to accessory after the fact charges on Friday, the 24-year-old Smith admitted she hid the gun used in the shooting of Justin Cosby and helped three men involved in the killing elude authorities and flee to New York City.

Prosecutors said the 21-year-old Cosby was shot during an attempted robbery by Smith's former boyfriend, Jabrai Jordan Copney and two other men.

Under a plea agreement, Copney was convicted of murder and is serving a life sentence. The men weren't Harvard students.

After the shooting, Smith, who is from New York City, was suspended and not allowed to graduate.