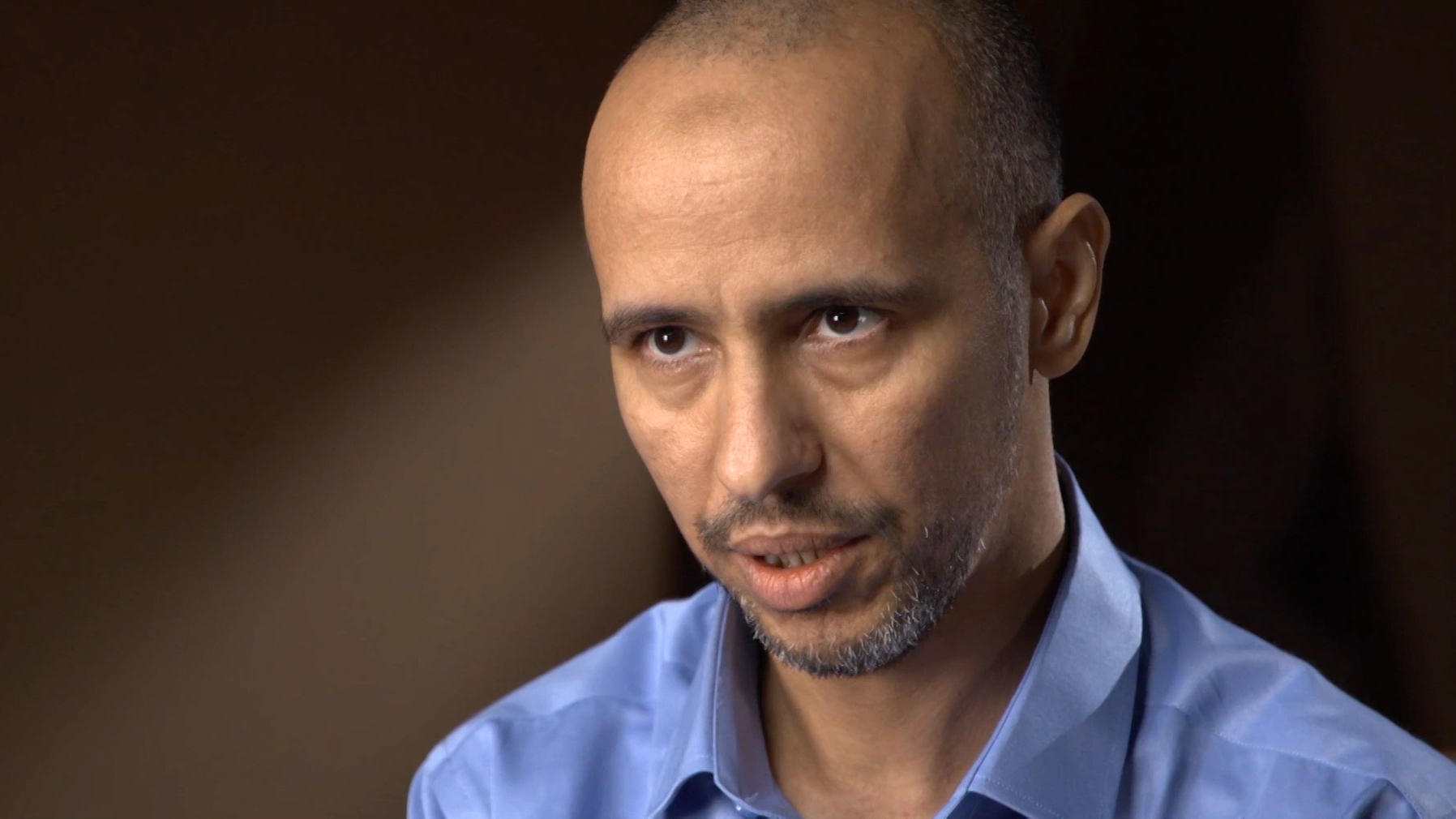 Mohamedou Slahi, whose personal enhanced interrogation program was directly approved by then-Secretary of Defense Donald Rumsfeld and has since been outlawed, praised the American people for allowing him to write a book about his experience at Guantanamo Bay. The former detainee was the only one held at Guantanamo to write a book that was published while he was still in the prison.

Now, in his first television interview since being released last October, he tells his remarkable story on 60 Minutes. Holly Williams went to Slahi’s home country of Mauritania to interview him for the two-part report to be broadcast on Sunday, March 12 at 7 p.m. ET/PT.

Slahi who spoke almost no English when he arrived at Guantanamo, soaked up the language by reading popular books and conversing with his guards and interrogators. “Guantanamo Diary,” published with the help of his lawyers, was reviewed in the New York Times.  He lit up when Williams showed him a copy of the review that he had never seen before. “That shows the greatness of American people. Not my greatness because American people believe in justice. And they decided to give me a forum, to give me a voice.”

Slahi also told Williams that his guards became like family to him. One of those guards who wrote a letter to the review board in support of Slahi’s release appears in the report and tells Williams, “He wasn’t this horrible terrorist that, you know, I was expecting to go guard. I was told everybody there was the worst of the worst, and this guy comes out with a smile on his face.”

Slahi says he went to Afghanistan twice in the early 1990s only to fight the Communists backed by the Soviet Union who were also opposed by the United States. He also says he then severed his ties to al Qaeda who he had joined to take part in the jihad. He denies ever having anything to do with terrorism, but admits to personal and familial ties to al Qaeda, including having a cousin who was a close adviser to Osama bin Laden. When he received a call from that cousin apparently placed from Osama bin Laden’s phone, it made him a target for U.S. law enforcement and after the attacks of 9/11 he was arrested in Mauritania, then taken to Jordan by the CIA, before eventually being sent to Guantanamo and tortured.

There was isolation, constant interrogation and sleep deprivation and they also falsely told him his mother was being brought to Guantanamo Bay, he says. Slahi described being forced to drink salt water and then says his uniform was packed with ice.  “Inside your uniform. Ice cube, full. My body was full. And then I was like shaking uncontrollably like this. They start hitting me everywhere, hitting,” he tells Williams.  He thinks the beating lasted about three hours and said “I was moaning like a woman giving birth.”

“I was afraid of false confessing, but it was a relief because now he -- the captain could not torture me anymore.”

“They broke me.  I told...the boss of my team, ‘You write anything and I sign it.’” Slahi says he told interrogators that he was an active recruiter for al Qaeda, and was involved in a plan to blow up the CN Tower in Toronto but that plot never actually existed. “I was afraid of false confessing, but it was a relief because now he -- the captain could not torture me anymore.” Slahi says his interrogator could not sell his false confessions up the chain of command. “And then what they -- pretty much told him, ‘This is a bunch of B.S.’”

Slahi’s life changed after that. He was given special privileges and living quarters and after more than another decade in U.S. custody was released, but the ride home was the same as the ride to Guantanamo: he was shackled to a seat and blindfolded for the 10-hour flight. Asked by Williams whether he protested such treatment, he replies, “Why in the world should I ask any questions? I didn’t want them to change their mind.”