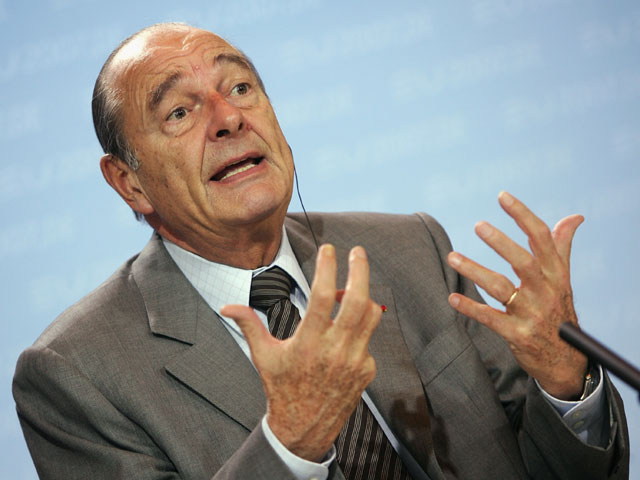 PARIS - A French court has found former President Jacques Chirac guilty of embezzling public funds and other charges in a trial over illegal financing of the conservative party he long led.

But Chirac, who is 79 years old, did not take part in the trial after doctors determined that he suffers severe memory lapses.

Chirac was given a two year suspended sentence.

The court said Thursday it had found Chirac guilty in two related cases involving fake jobs created at the party he led during his 1977-1995 tenure as Paris mayor. Chirac has repeatedly denied wrongdoing.