Former Enron chief executive Jeffrey Skilling told senators Tuesday "I didn't lie to Congress or anyone else" in denying he was aware of the company's precarious finances or its use of complex partnerships to hide debt.

"I heard Ms. Watkins testify as to her opinion," Skilling said. "I have no idea what the basis was for this opinion."

Watkins, who appeared with Skilling, told the Senate Commerce Committee she was "incredibly frustrated" with Lay's inaction after she warned him in August of potentially serious accounting problems.

"I believe that Enron had a brief window to salvage itself this past fall and we missed that opportunity because of Mr. Lay's failure to recognize or accept that the company had manipulated its financial statements," Watkins said.

Skilling became more self-assured, and almost cocky, as the hearing went on, at one point wagging his finger at Sen. Ron Wyden, D-Ore., and telling him "back up, back up," in reading a document, and lecturing senators about the complex financial instruments called derivatives.

"If I were in charge of the world," he began a sentence recommending to senators what remedies they might consider.

Skilling repeatedly said, "I'm not an accountant" when asked about Watkins' warnings to Lay.

Watkins testified she was afraid to take her concerns to Skilling because he might fire her.

She said she believed that former chief financial officer Andrew Fastow "would not have put his hands in the Enron cookie jar" without Skilling's approval. Fastow personally made more than $30 million from running the partnerships.

Skilling said, "I relied on our accountants," when asked about Watkins' warnings that Enron stock was improperly being used as the foundation of the web of partnerships that eventually brought the company down.

"I have nothing to hide," Skilling said, explaining why he had decided to testify rather than take the Fifth Amendment like "other innocents" called before congressional committees.

At the same time, he cautioned the committee that "the framers of the Bill of Rights are watching."

"The entire management and board of Enron has been labeled everything from hucksters to criminals with a complete disregard for facts and evidence assembled," he said. "These untruths shatter lives and they do nothing to advance the public understanding of what happened at Enron."

Skilling sat without expression, listening attentively, as members of the committee opened the hearing by denouncing Enron's conduct and citing huge losses to public pension funds in their states. At the witness table with their attorneys were Watkins, Skilling and Jeffrey McMahon, the current president and chief operating officer.

"Mr. Skilling, if you plan to tell this committee that you did not understand Enron' true financial condition, then you will need to explain why, why you failed to understand things that any diligent chief executive officer would have understood," said Sen. Jean Carnahan, D-Mo.

Sen. Peter Fitzgerald, R-Ill., told Skilling there is a chess game going. "Our challenge is to find a way to check every single one of the moves you made on that Enron board," he said.

"I do, however, approach your testimony with some skepticism," Fitzgerald said.

Skilling, Watkins and McMahon testified, separately and under oath, this month before a House investigative panel. Other top Enron executives, including Lay, have invoked their Fifth Amendment rights against self-incrimination and refused to testify.

"We're trying to search for the truth here," said Sen. Byron Dorgan, D-N.D., whose Commerce subcommittee on consumer affairs is investigating the energy-trading company's collapse, the biggest bankruptcy in U.S. history. "I think it will be helpful ... to compare responses."

Lay told Enron employees at a meeting Oct. 23 that the partnerships were a mistake, but he did not blame chief financial officer Andrew Fastow, who ran them, a videotape made public Monday by Rep. Henry Waxman, D-Calif., shows. The company had recently disclosed a third-quarter loss of more than $600 million and federal regulators had opened an inquiry into its accounting.

"I and the board are also sure that Andy has operated in the most ethical and appropriate manner possible," Lay is seen saying on the tape. The next day, Fastow was fired.

Watkins told the House Energy and Commerce panel Feb. 14 that she believed Skilling and Fastow along with Enron's auditing firm, Arthur Andersen LLP, and outside legal advisers "did dupe Ken Lay and the board."

The Justice Department and the Securities and Exchange Commission are investigating Enron and the role of Andersen, which has admitted its employees destroyed massive numbers of documents related to Enron.

Watkins called Skilling "a very intense, hands-on manager" and said she "would find it hard to believe that he was not fully aware" that the partnerships run by Fastow were largely financed by Enron stock, contrary to normal accounting practices.

A week earlier, before the same subcommittee, Skilling testified that he was assured by others at Enron that the transactions were correct. 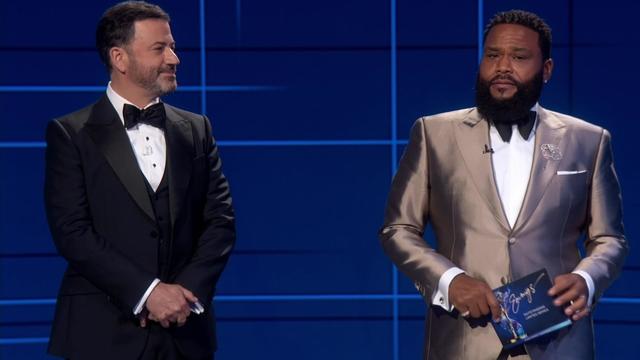