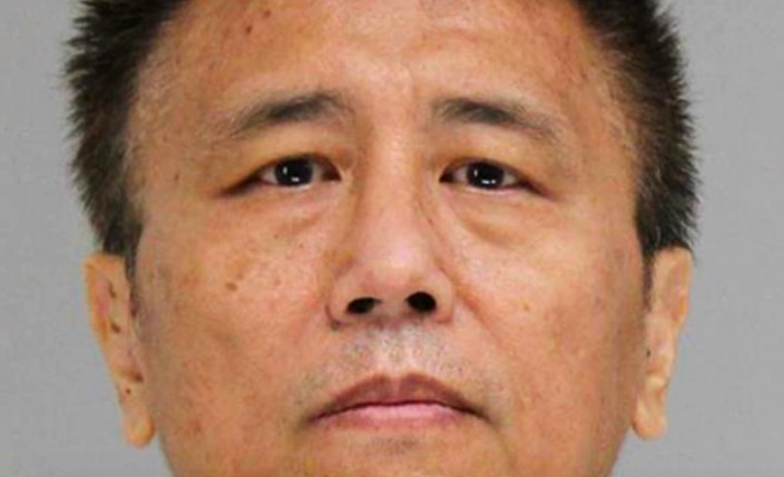 DALLAS — An ex-physician has been charged with capital murder in the February death of a woman who was left incapacitated in 1988 after being sexually assaulted and strangled in a case that a team of prosecutors, investigators and victim advocates funded by a federal cold case grant helped reinvigorate. George Guo, a former prisoner who is a registered sex offender, was arrested Wednesday in Houston in connection to the June 1988 attack on Dr. Katherine Bascone, according to the Dallas County District Attorney's Office.

The 56-year-old was being held Thursday on a $5 million bond in the Dallas County Jail.

Bascone suffered a brain injury because of the strangulation, leaving her blind and needing lifetime care. She died in February, and a medical examiner ruled her death a homicide.

An affidavit shows evidence from the scene and hospital was tested at the time, but it did not lead to the identification of a suspect. After Bascone's death, it was resubmitted and DNA evidence identified Guo as the perpetrator, the document says.

Last week, Bascone's sister spoke with authorities and said the assault on Bascone along with chronic disabilities "had been devastating to the entire family and changed their lives forever," according to the affidavit.

Guo was convicted in 1991 for burglary of a habitation after breaking into the apartment of a student who attended Southern Methodist University in the Dallas area. Authorities broke down the apartment door and caught Guo with condoms, a ski mask, military tear gas and syringes filled with sedatives, according to prosecutors.

The suspect is a graduate of the University of Texas Southwestern Medical School in Dallas, prosecutors said, and was a licensed physician at the time of the break-in.

Guo also was convicted of burglary of a habitation with intent to commit sexual assault in a 1999 incident in which he was caught breaking into a girl's residence, the district attorney's office said in a statement.

The district attorney's office said a team within the office worked with authorities in Highland Park, the wealthy Dallas enclave where Bascone was attacked three decades ago, to investigate and file the criminal charge. The team is funded by a Department of Justice grant that allows the office to prosecute and investigate sexual assault cases that have gone cold.

"We are not going to give up," she said.