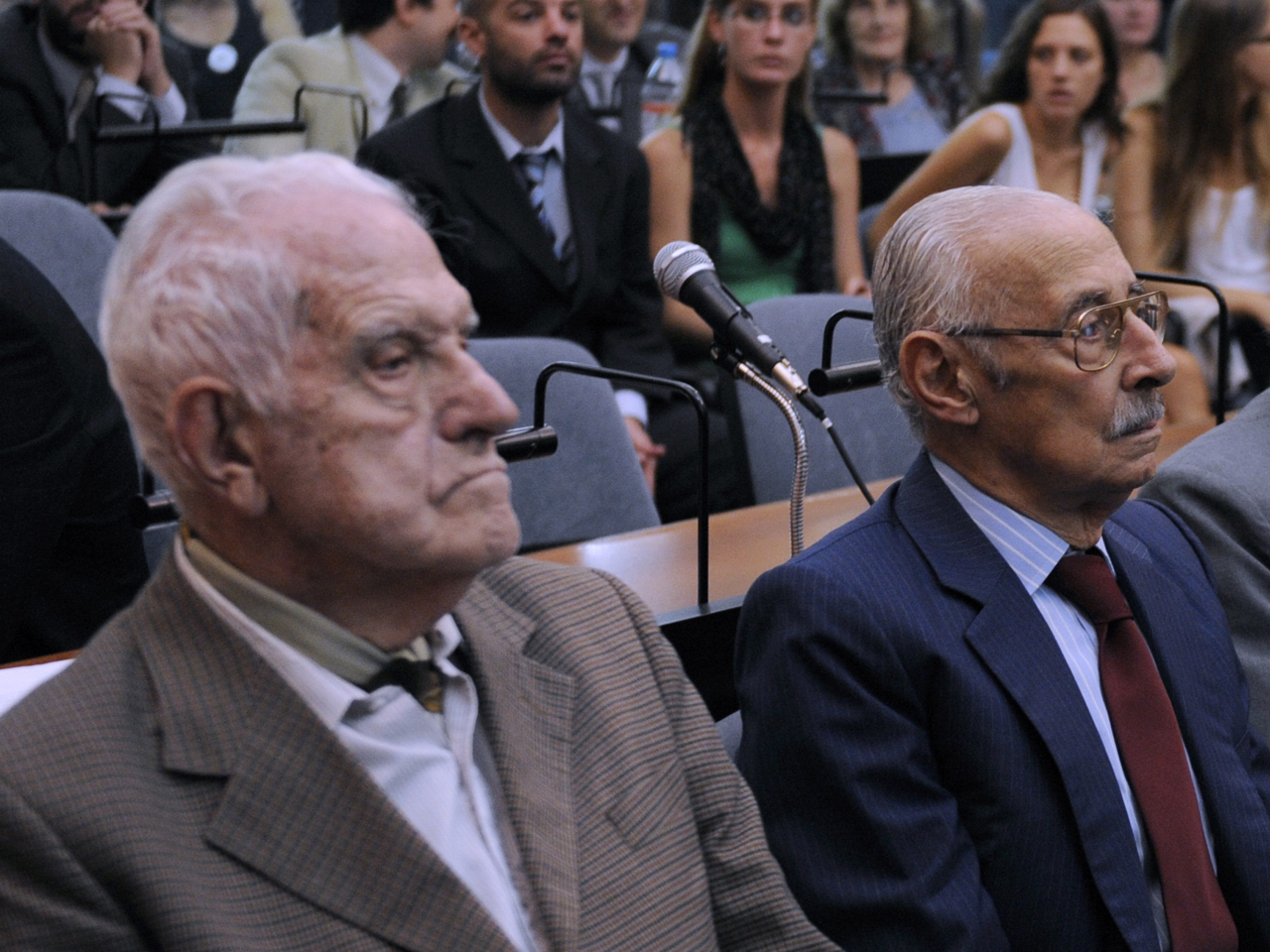 BUENOS AIRES, Argentina - A former U.S. diplomat testified Thursday that American officials knew Argentina's military regime was taking babies from dead or jailed dissidents during its "dirty war" against leftists in the 1970s, and it appeared to be a systematic effort at the time.

Elliot Abrams testified by videoconference from Washington in the trial of former dictators Jorge Videla and Reynaldo Bignone and other military and police figures accused of organizing the theft of babies from women who were detained and then executed in the 1976-1983 junta's torture centers.

Abrams said U.S. officials were aware that some children had been taken and then illegally adopted by families loyal to the regime.

"We knew that it wasn't just one or two children," Abrams testified. There must have been some sort of directive from a high level official, he suggested: "a plan, because there were many people who were being murdered or jailed."

"It was a very serious problem because these were children who were alive," Abrams added.

He said he suggested to the junta's ambassador to Washington, Lucio Alberto Garcia del Solar, that the dictatorship could improve its image by creating a process sponsored by the Roman Catholic Church to return the children to their rightful families. But he said the ambassador told him Bignone had spurned the idea.

The junta apparently saw the program as a way to prevent children from growing up "communist," Abrams said. Also, enabling loyal families who couldn't conceive to adopt the babies was seen as a blessing by the regime, he said.

The defendants have denied any systematic effort to remove babies from detainees at a time when the junta was fighting armed rebels who were trying to build support for a communist takeover of Argentina.

The activist group Grandmothers of the Plaza de Mayo said Abrams' testimony shows how useful it would be for the United States to declassify all of its documents on the Argentine dictatorship, in particular the secret files of the CIA and the FBI. Doing so might provide information to help identify more of the illegally adopted children, it said.

Abrams had expected to be called to testify after his long-classified memo describing his secret meeting with the ambassador was made public in December at the request of the Grandmothers group, which has spent decades gathering evidence against the 1976-1983 military junta.

At the time of the "dirty war," the junta officially denied any knowledge of systematic baby thefts, let alone responsibility for the disappearances of political prisoners. In public, the U.S. government also was circumspect, even as the junta's death squads kidnapped and killed its opponents, eventually eliminating more than 13,000 purported subversives.

Asked about the case by The Associated Press last month, Abrams said through a spokeswoman that he, too, was "in favor of having relevant U.S. documents declassified" for use by Argentina.