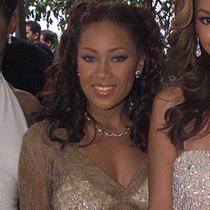 Few details are known about the arrest, but alcohol may have been involved, reports TMZ.

Franklin told TMZ, "Unfortunately, I am the latest victim on what seems to be a growing list of those who are racially profiled and mistreated by Culver City Police. I was manhandled by the arresting officers."

Franklin was brought into Destiny's Child in 2000 along with Michelle Williams to replace LaTavia Roberson and LeToya Luckett, but was only in the group for a short 5 months before being dismissed.

Franklin was reportedly freed on $100 bail the same day she was arrested.