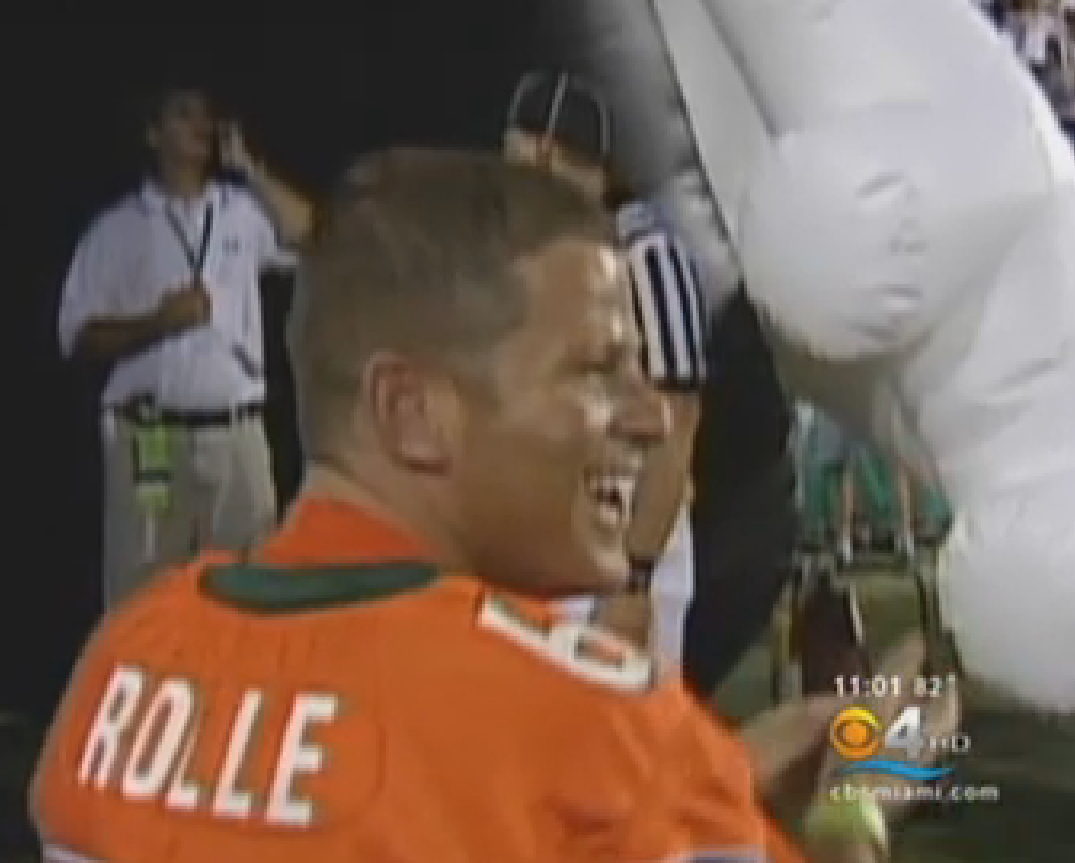 In an exclusive interview with CBS4 Miami's Jim Berry, Shapiro said the information the NCAA has in its possession is "going to be so detailed and to the truth that it will be impossible for any former players or current players to go around it."

Shapiro said for the first time that not only was it players who sought favor with him, but also Hurricanes football staff was involved. According to Shapiro's attorney, Maria Elena Perez, the information first came out under questioning by federal officials and bankruptcy trustee attorneys.

Shapiro is at the heart of an NCAA investigation and his involvement with the school dates back to 2001-2002. Shapiro's attorney has claimed that he provided UM players with the use of a yacht and various other favors.

In the interview with Berry, Shapiro was tight-lipped waiting for more information to come out, possibly as soon as Tuesday evening. But, he did reveal who he thinks is at fault and some of the things he was able to do with the program.

"The university, because of the desire to put money first, I was given carte blanche to do things I shouldn't have been able to do," Shapiro told CBS4. "I led the team out of the tunnel twice in the Orange Bowl."

In CBS4's video archives, Shapiro is seen in front of the tunnel as the Canes entered the field before a game. He is also shown getting excited after a kickoff return was taken back for a touchdown and jumping onto the field.

Shapiro said that he was "hurt" by his treatment by the very players he once thought of as friends. But, "there's no jealousy or envy of the money they make, their position in life, none."

Shapiro continued revealing a little about what he did, but he also had a critique of the players themselves.

"I helped in certain ways. They're gifted ball players, but just because you're gifted doesn't mean you have the mental also," Shapiro said. "I helped them in a lot of other ways. I felt more than a friend, felt like a family member. With certain guys I felt like a father figure."

Perez gave more details about the culture that was going on when Nevin was dealing with the University of Miami and its student-athletes.

"The players would seek him out," Perez said. "The players would look for Nevin; Nevin became the in-thing. It was cool to hang out with Nevin. They wanted to be with him, because he was paying. Nevin thought this was standard operating procedure, I'm not inventing this. Nevin is not going to be the first booster. This probably happens in 99.9 percent of the schools."

Perez also addressed whether Nevin was seeking favor with the schools and the athletes and buying his way into the program.

"There's no benefit of that because he's paying all the bills," Perez said. "What's the benefit of going out and spending twenty thousand of your dollars. On any given night you're drinking thousand dollar bottles of wines, you got 12 people, you're going to clubs, and you're paying for dancers. You're paying for a lot of things that are expensive. This wasn't a one-time thing; it was repeatedly over a long time."

Perez said Shapiro didn't want to be known as the guy who brought about the end of football at Miami, but rather as someone who changed the rules to protect the program from boosters.

"Nevin would rather be known as the guy who established standards and procedures to prevent future people like him from being able to penetrate a school," Perez said.

Naturally, the first question from most fans is why anyone, including the NCAA, should believe anything that a felon may say.

Perez continued, "Take it for what it is, don't shoot the messenger. Nevin didn't invent this, this isn't the first time the university has gotten in trouble for this."

Perez also said that she didn't think "anyone was a victim, everyone participated in this."

When Shapiro was asked what he might say to UM president Donna Shalala, he was very complimentary of her.

"I respect her very much," Shapiro said. "I think she's a wonderful woman and is all about education. I'm sorry that she has to deal with this situation now."

As for Shapiro, he said he has come to grips with his situation and is comfortable with his life now, but gave the Hurricanes a warning.

"I sleep so peaceful at night," Shapiro said. I take my blame. I do what I did. The NCAA has a 10-month head start on what the University of Miami is about to run into."

When Shapiro was asked what will happen to the University of Miami's team, he pulled no punches.

"I can tell you what I think will happen," Shapiro told CBS4, "death penalty."

Berry asked Shapiro if he has a smoking gun of information that's going to shut down the storied program at "the U." Shapiro responded simply, "a tsunami."