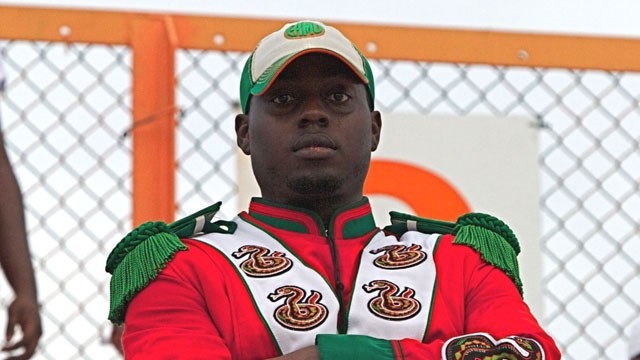 ORLANDO, Fla. - A jury has convicted a former Florida A&M University band member of manslaughter and felony hazing in the death of a drum major who prosecutors say was brutally beaten during a hazing ritual aboard a bus.

The jury convicted 27-year-old Dante Martin Friday of Robert Champion's death after deliberating for a short time. The charge carries a punishment of up to 15 years in prison.

The 26-year-old Champion died almost three years ago in Orlando.

Prosecutors said Martin was the ringleader of the hazing. A medical examiner said Champion died of internal bleeding caused by severe bruising.

Some others involved in the hazing have pleaded guilty to lesser charges. Three other former band members await trial.