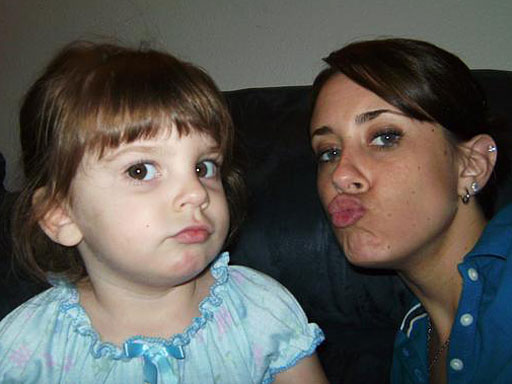 The murder trial of Casey Anthony in the 2008 death of her two-year-old daughter, Caylee Anthony, is slated to begin in May.

And now, reports Tony Pipitone of CBS affiliate WKMG in Orlando, Fla, court documents give hints of the strategy the defense may pursue - trying to discredit the official cause of death and suggesting crucial evidence might have been staged.

When Caylee vanished almost three years ago, it was an entire month before she was even reported missing. Casey Anthony, soon became the prime suspect. Caylee's remains were found six months later, wrapped in a plastic bag with duct tape near her mouth.

It took only days for coroners to declare her death was no accident - that it was homicide.

But this past September, Pipitone points out, Orange County, Fla. Medical Examiner Jan Garavaglia was grilled under oath -- her findings challenged for the first time.

"Doctor G," as she's known, dismissed that theory, saying, "I have never seen a drowning, nor do I see reason why a drowning would have duct tape on the lower half of the face. ... There's no indication that this child would drown, and there's no reason why a child that's drowned is put in a plastic bag and dumped on the side of the road."

In what Pipitone calls another major revelation from the depositions, the defense may have another card to play, based on testimony by the man who found Caylee's skull, Roy Kronk.

"I just lifted it barely, you know," he said, "so I could get a better look at it. ... I didn't move it, as in physically move it, from one location to another. I just kinda lifted it up a little bit."

It's that contact with the remains that defense lawyers are trained to zero in on.

"They may well argue," says legal analyst Mark O'Mara, "there is a possibility that it was staged and it's not competent evidence to be considered."

However, Pipitone notes, legal experts believe the defense "will need a lot more proof to convince a jury the evidence was staged."

Tru TV legal correspondent Beth Karas recalled for "Early Show on Saturday Morning" co-anchor Russ Mitchell that, "The prosecution charged Casey with murder before the remains were found. And they weren't seeking (the) death (penalty). Once the remains were found, they changed their minds. And they're seeking death. And these were just bones, scattered bones. You know why? Because of the tape around the mouth. The tape is everything. And that's why the defense has revealed in these depositions it's going after the tape. The position of the tape. Was this child suffocated? Did this child drown? This case is all about that tape.

"You can see what the defense trying to do. (Garavaglia) cannot determine the cause of death. What killed this child: Was it suffocation? The tape seems to indicate it was. But they're trying to say, you can't tell. She could have drowned, and then maybe someone panicked, put her in a bag and threw her into the woods. But it's not an intentional, premeditated murder worthy of the death penalty. "

The defense, Mitchell observed, seems to be telegraphing it's going to try to use the accidental death theory. Is that wise?

"Well," Karas replied, "go with accidental death, they kind of say, 'She did it.' And they're not saying Casey did it. That would be more, she did it, it's really a manslaughter. But there's a lot for the defense to work with in this case just to raise reasonable doubt. Because of this meter reader, Roy Kronk.

"He finds the body, the remains. But he had called in the same location three times in August, months earlier, so does he know something? Was he responsible for placing the bag there? With the remains? This is something that the defense at least wants to raise, to create reasonable doubt in the jury's mind - that Casey didn't put her there. This meter reader knew where she was for months."

The trial, Karas says, will be "good for the defense" in that "the judge is going to pick a jury in another city, and then ship them into Orlando and sequester them, and (court) is going to meet six days a week. It's going to be a very busy trial for about two-and-a-half months. But this is a tough (case) for the defense, because Casey lied to the police. She's charged with four counts of lying to the police, that she never reported her baby missing for 31 days. Her mother did, when her mother realized it. So, Casey has some explaining to do, or her defense has some explaining to do. So, it's tough."

Still, this won't be a slam dunk for the prosecution, Karas cautioned: "No case is a slam dunk. I was a prosecutor. I lost my first case. It was a little misdemeanor, but proof beyond a reasonable doubt is a hard burden. Convincing 12 people beyond a reasonable doubt is a high and hard burden. It's not a slam dunk. But, right now, the evidence certainly seems to point to Casey Anthony, and police and prosecutors are not in the business of arresting innocent people. It happens but that's not what they do."