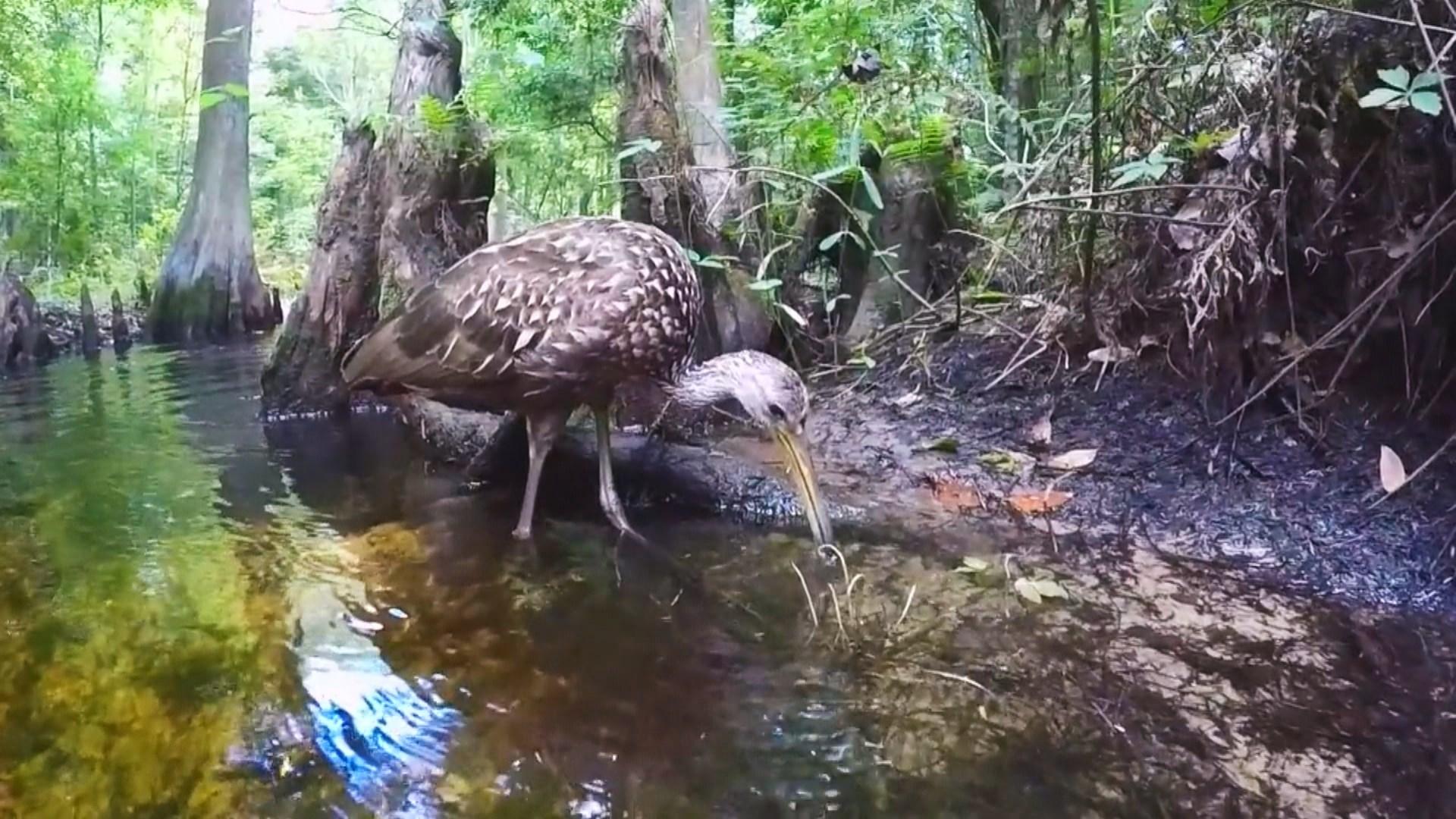 The Everglades is the largest wetland of its kind in North America, but it's been under assault for generations by residential development, water diversion and pesticide runoff. Now, a massive proposal is one step closer to putting more fresh water back into the ecosystem that covers more than 2,000 square miles of south Florida.

Some of the rare bird species that call the Everglades home are sounding an alarm for the health of America's unique wetlands, reports CBS News correspondent Manuel Bojorquez.

The strangely beautiful roseate spoonbill has raised its young along the Everglades for hundreds, likely thousands, of years. But the "spoonies" are abandoning the Everglades. One roost is hundreds of miles north of their traditional nesting area. The spoonbills need small freshwater pools to feed and those are disappearing from the Glades.

"We see a lot of saltwater intrusion, which is also something that is damaging to the Everglades. It changes the habitat and makes it less productive," Lorenz said.

He says it's more than just birds – the entire ecosystem is out of balance. Lorenz said we've drained it "for our purposes."

"Development, agriculture, this was the big land boom," Lorenz said. "There were people who look at that swamp and said, 'What a waste of land, fertile soil, let's drain it.'"

Fresh water from the Kissimmee River used to flow south into Lake Okeechobee. During the rainy season, the overflow would go through the Everglades all the way to Florida Bay. But development has blocked much of that natural flow. Lorenz said about 50 percent of the Everglades have been lost, and the rest is salvageable.

"The only way to do that is to restore that flow," he said.

The diversion and disruption of that water are largely responsible for toxic algae blooms in recent years. Now, nearly 20 years after a major Everglades restoration plan was first agreed upon, the Florida Senate this month finally approved a $1.5 billion reservoir to collect and send some of the overflow back through the Everglades.

"This allows us to restore somewhat of that connection so that we can provide fresh water ultimately down to Everglades National Park and especially Florida Bay," wetland ecologist Steve Davis of the Everglades Foundation said, adding that it's "recreating the river of grass."

But beneath the surface, another danger lurks – sea level rise. More salt water is seeping in. Left unchecked, it could one day taint the drinking water supply for 8 million people in south Florida.

Dr. Tiffany Troxler walked us out to one of her Everglades research projects to show us how salt water is already damaging vital sawgrass plants.

"When we came out here and measured the salt, it was about three times higher than what we thought we would experience here," Troxler said.

She said that makes re-introduction of fresh water all the more important. While many think the Everglades are beyond the tipping point, she remains hopeful.

"I like to say that we got ourselves into this mess – we can figure out how to get ourselves out of it," Troxler said.

To be sure, the reservoir project has a long way to go. Congress has to approve the federal share of funding the project, and then it still has to be built. Out of 68 projects were proposed in that master Everglades restoration plan, only six are currently under construction.

Will Smith sheds light on Oscars slap
Thanks for reading CBS NEWS.
Create your free account or log in
for more features.
View CBS News In
CBS News App Open
Chrome Safari Continue
Be the first to know
Get browser notifications for breaking news, live events, and exclusive reporting.