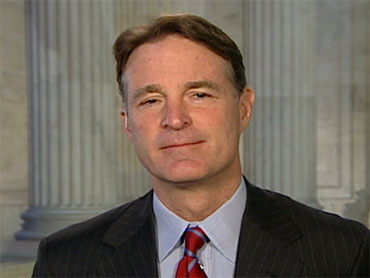 Former Indiana Sen. Evan Bayh is slated to become a contributor to Fox News, Huffington Post and other outlets are reporting.

Bayh, a moderate Democrat who served in the Senate from 1999 to 2011, will act as a commentator and political analyst for the network, according to the Huffington Post. Bayh flirted with the idea of a presidential bid in 2008, but ultimately abandoned the idea.

"Senator Bayh's decades of experience in the political arena and his participation in key decisions in Washington will lend a valuable point of view to the entire FOX News lineup," said Michael Clemente, senior vice president for news editorial, in a statement acquired by the Hill.

Fox News is the home of a number of onetime politicians - as well as some who appear to be considering future political bids - including former Republican vice presidential nominee Sarah Palin and former presidential candidate Mike Huckabee. (Former Speaker of the House Newt Gingrich and former Pennsylvania Sen. Rick Santorum, also Republicans, were recently suspended from the network due to the fact that they have both "signaled possible runs for the presidency.")

Bayh announced in Feb. 2010 that he would not seek re-election to the Senate, citing "too much partisanship and not enough progress" within Congress. His seat went to Republican Dan Coats.