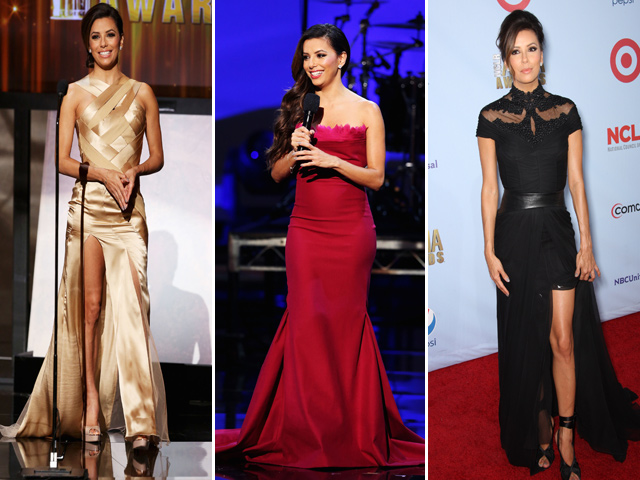 (CBS News) At last year's ALMA awards, co-host Eva Longoria changed her look up to eight times, this year, she went for a new record,  changing into  10 different gowns.

The "Desperate Housewives" star wore multiple designers at the event, which she co-hosted for the third year in a row with George Lopez.

The awards, which were created in 1995, celebrate Latino achievements in music, television and film.

"Not only do we get to celebrate Latinos in television and in film, but in fashion as well," Longoria told E! News.

The event, which took place at the Pasadena Civic Auditorium, will air Sept. 21 on NBC at 8 p.m. ET/PT.

Tell us: What is your favorite look the actress wore last night?