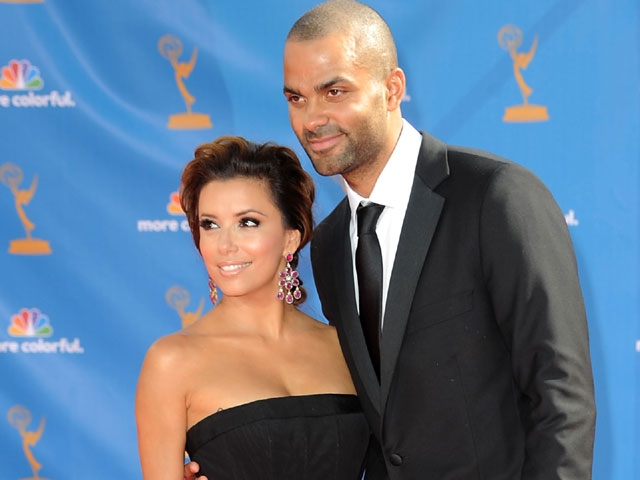 TMZ says the divorce lawyer hired by the NBA player quit because he represents the husband of the woman Parker is accused of "sexting" with.

Parker had hired laywer Richard Orsinger to represent him in his split from actress Eva Longoria.

According to a tweet by Sports Illustrated writer Bryan Armen Graham, that woman is Erin Barry, the wife of Brent Barry, who played on the San Antonio Spurs alongside Parker. The two couples were friends.

Longoria said that her soon-to-be ex-husband was exchanging personal texts (read, sexts) with a woman he had cheated on her with earlier in the marriage, according to her good friend Mario Lopez said on

"She is devastated, she wants us all to know that," Lopez said. "But she's strong."

Longoria filed for divorce in Los Angeles on Nov. 17, citing "irreconcilable differences" as her reason for the split.