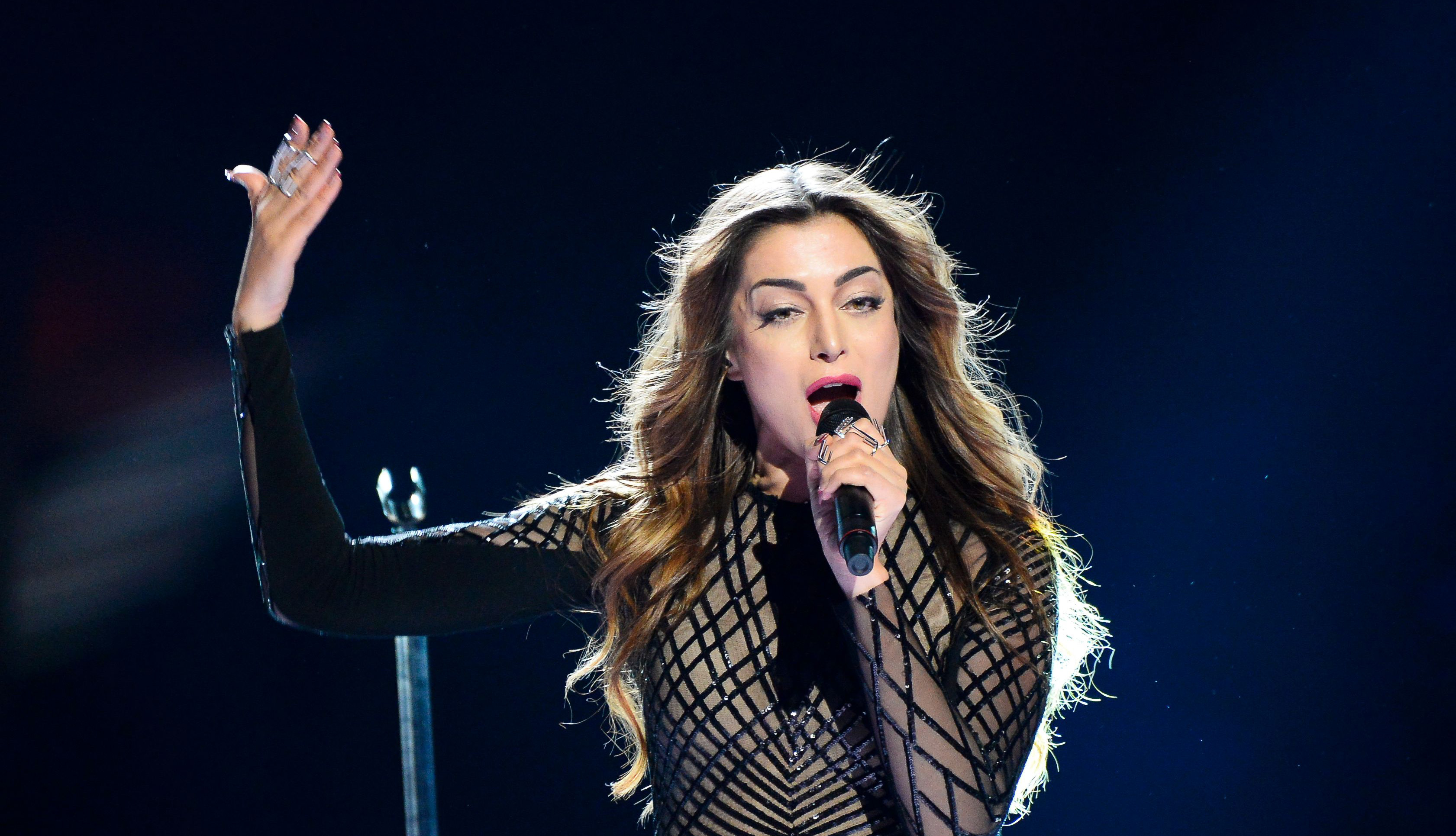 STOCKHOLM -- You can croon about unrequited love, dance with unbridled passion or dress up in drag. Just keep politics out of it.

Organizers of the Eurovision Song Contest say the annual kitsch-fest, which is watched by almost 200 million people in dozens of countries, is about having a good time, not making political statements. Yet it didn't take long for someone to break the no-politics rule at this year's competition in Stockholm.

At Tuesday's semifinal, the first of two leading up the grand final on Saturday, Armenian singer Iveta Mukuchyan waved the flag of Nagorno-Karabakh, a separatist region that is officially part of Azerbaijan but currently under the control of local ethnic Armenian forces.

"I just want peace on our borders," Mukuchyan said at a news conference after the show.

The European Broadcasting Union, the alliance of public service broadcasters that produces the show, called the incident a "serious breach" of the ban on political messages, given the tensions between Armenia and Azerbaijan. It said Armenia's broadcaster would face yet-to-be-decided sanctions and that any further breaches could lead to disqualification from this year's event or successive editions.

In the run-up to this year's contest, the EBU warned both performers and fans not to use flags as political tools.

The general rule is only the national flags of participating nations and other full members of the U.N. are allowed. Two non-national flags are exempt - the star-studded banner of the European Union and the rainbow-colored gay pride flag - as long as they are not displayed in a political way.

At last year's event in Austria, the rainbow flag was waved with particular intensity during Russia's act in an apparent statement against the country's views on gay rights.

Eurovision officials were embarrassed when an internal document with examples of banned flags was published online by accident ahead of this year's event. It included the Basque, Kosovar, Palestinian and other flags as well as the black banner of the Islamic State group.

Some fans took offense at their regions and territories being mentioned in the same context as militant extremists, and contest officials quickly apologized, saying they weren't making any comparisons. "It was merely for guidance," Goodman said.

The backlash didn't stop, though.

Joe Woolford, one half of Britain's entry Joe and Jake, is Welsh. Norway is represented by Agnete Johnsen, who has indigenous Sami roots. Their fans demanded the right to wave the Welsh and Sami flags to support them.

Last week the EBU agreed to relax the flag policy "to allow national, regional and local flags of the participants." It also promised "a more tolerant approach to other flags as long as the audience respects the nonpolitical nature of the Eurovision Song Contest."

In her song "1944," Ukraine's Susana Jamaladinova describes the hardship of Crimean Tatars, including her great-grandmother, as they were deported to central Asia by Soviet authorities in that year.

The gloomy subject matter stands out among the 42 contestants, most of whom explore lighter themes like love and desire, accompanied by techno beats, swirling dancers, pyrotechnics and hypnotic digital graphics.

Jamaladinova, who performs under the stage name Jamala, opens with the English lyrics "When strangers are coming, they come to your house, they kill you all and say 'We're not guilty'."

The focus on Crimea, which was annexed by Russia in 2014, could be considered a swipe at Moscow, but Jamaladinova insists there's no political subtext.

"For me personally, music is about feelings. Politics doesn't have feelings," she told The Associated Press.

Contest officials agreed, saying the lyrics allude to history rather than politics, and allowed the entry.

Songs that are deemed too political can be banned from the glitzy show. That happened in 2009, less than a year after Georgia and Russia fought a brief war, when Georgia's entry "We Don't Wanna Put In" was disallowed because it was seen as lampooning Russian President Vladimir Putin.

Last year Armenia could compete only after changing the title of its song from "Don't Deny" to "Face the Shadow." The judges found the former could be interpreted as a reference to the massacre of Armenians by Ottoman Turks in 1915, which Turkey denies was genocide.

Sometimes the song contest becomes politically charged just because of where it is, like in 1969 when Austria boycotted it because host country Spain at the time was ruled by dictator Gen. Francisco Franco.

The winner is determined through votes in all participating countries, which some say gives it a political dimension because neighboring countries often give each other the highest points. Others say the point-trading isn't due to politics but to similar tastes in music.

Christer Bjorkman, one of the producers of this year's show, said Eurovision is all about joy.

"It's all that matters," he said. "That people get together and that we actually meet in friendship and leave everything else outside."

Zoe Straub, a 19-year-old blonde who's representing Austria with a song in French, said she just wants her music "to make people feel happy." Politics, she told the AP, is not her thing.

"Because I am a dreamer," Straub said. "And all I want is peace and happiness and everything."