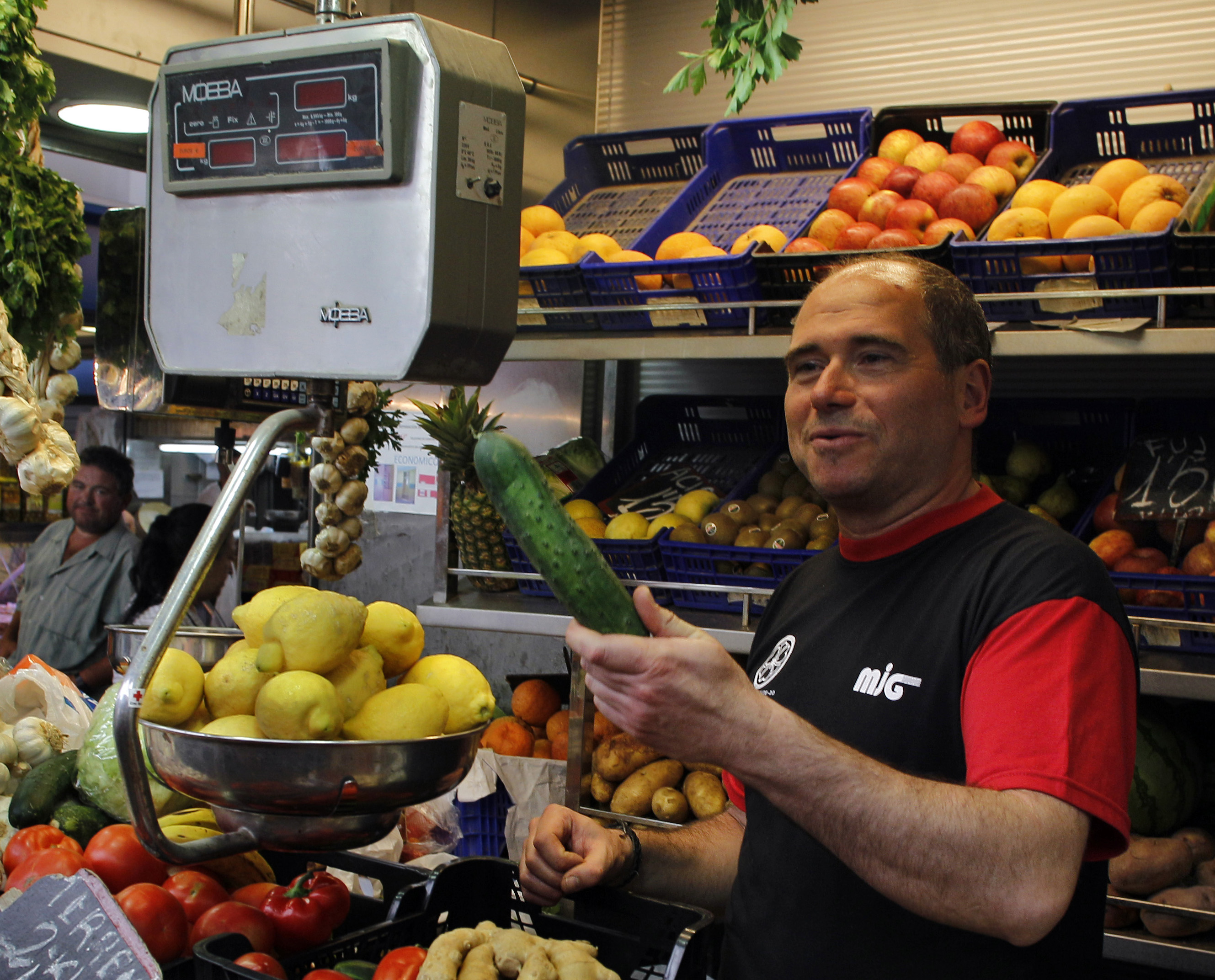 BRUSSELS - Europeans have traded blame over the source of a mysterious bacterial outbreak that has killed 15 people and sickened hundreds across the continent and forced Russia to ban imports of some fresh vegetables from Spain and Germany out of fear they could be contaminated.

The first death outside of Germany was reported Tuesday, as Sweden confirmed one woman had died of an E.Coli infection in hospital.

Austrian authorities sent inspectors to supermarkets Monday to make sure Spanish vegetables suspected of contamination have been taken off shelves, while in Italy the country's paramilitary Carabinieri has been on the lookout since Saturday for suspected contaminated imports from Spain, the Netherlands and other European countries.

Pia Ahrenkilde Hansen, a European Union spokeswoman, said German authorities had identified cucumbers from the Spanish cities of Almeria and Malaga as possible sources of contamination and that a third suspect batch, originating either in the Netherlands or in Denmark and traded in Germany, is also under investigation.

In Germany, which had recorded the most infections and all of the deaths prior to confirmation of the Swedish case, officials said they know that at least some Spanish cucumbers tainted with enterohaemorrhagic E.coli, also known as EHEC, have carried the bacteria, although they still have not been able to determine the exact source.

An EU official who spoke on condition of anonymity due to standing regulations, said the transport chain was long, and the cucumbers from Spain could have been contaminated at any point along the route.

Spain, meanwhile, went on the defensive, saying there was no proof that the E. coli outbreak has been caused by Spanish vegetables.

"You can't attribute the origin of this sickness to Spain," Spain's Secretary of State for European Affairs, Diego Lopez Garrido told reporters in Brussels. "There is no proof and that's why we are going to demand accountability from those who have blamed Spain for this matter."

The World Health Organization described the outbreak as "very large and very severe," and urged countries to work together to get to the root of the problem.

"Almost all cases being reported in other countries have a link to travel or residence in Germany," WHO food safety expert Hilde Kruse said, noting that cases of bloody diarrhea caused by EHEC have also been reported in Denmark, Sweden, France, the U.K., the Netherlands and Switzerland.

Andreas Hensel, president of Germany's Federal Institute for Risk Assessment, told ZDF television that "we have found the so-called EHEC pathogens on cucumbers, but that does not mean that they are responsible for the whole outbreak."

Spanish Health Minister Leire Pajin stressed there were no Spanish cases reported and urged Germany to speed up its probe and establish proof of what has caused the outbreak. Germany's allegations "create alarm and affect the producers of a country without any evidence," she said.

The Danish Veterinary and Food Administration said there was "great uncertainty" about the suspicion that Danish cucumbers may be involved but carried out a lab test to reassure consumers. Results are expected Tuesday.

In the Netherlands, which exports more than half of the 1.6 billion cucumbers it produces each year to Germany, panicked growers went into damage control mode after all shipments were stopped.

While the National Agricultural Association met with the deputy agriculture secretary to discuss the situation, a group of cucumber growers invited an independent German institute to carry out tests in hopes it would prove their produce is safe.

Marian Bestelink, spokeswoman for the Dutch Food and Wares Authority, said investigations of a Dutch cucumber grower and Dutch warehouse did not uncover any traces of the bacteria.

"So we can definitely cross this Dutch wholesaler and this Dutch grower off the list of possible sources for the infection," she said.

With the cause of the outbreak still unclear, some countries have taken precautionary measures.

Russia's chief sanitary agency on Monday banned the imports of cucumbers, tomatoes and fresh salad from Spain and Germany pending further notice. It said in a statement that it may even ban the imports of fresh vegetables from all European Union member states due to the lack of information about the source of infection.

Austrian authorities sent inspectors to 33 organic supermarkets Monday to make sure Spanish vegetables suspected of contamination have been removed. The move came after a recall and ban on sales of cucumbers, tomatoes and eggplants that originated in Spain and were delivered to stores in Austria by German companies.

Currently, Italian supermarkets are full of peaches, apricots, cherries and plums from Spain. As for pickles and cucumbers, Italy imported some 8 million kilograms (17 million pounds) from Spain last year.

Czech officials said tests on 120 potentially tainted Spanish cucumbers pulled off shelves on Sunday are expected to be concluded in two days. No illnesses have been reported.

In Poland, officials said Monday that a woman has been hospitalized in serious condition after returning from a trip to the northern German city of Hamburg, where at least 467 cases of intestinal infection have been recorded.

On Sunday, authorities said those included 91 cases of the more severe hemolytic uremic syndrome, known as HUS, but the officials noted on Monday that the number of new diarrhea cases was declining. HUS is a rare complication arising from infection associated with the E. coli bacterium.

EU spokesman Frederic Vincent said Sunday that two greenhouses in Spain that were identified as the source of the contaminated cucumbers had ceased activities. The water and soil there are being analyzed to see whether they were the problem, and the results are expected Tuesday or Wednesday, Vincent said.