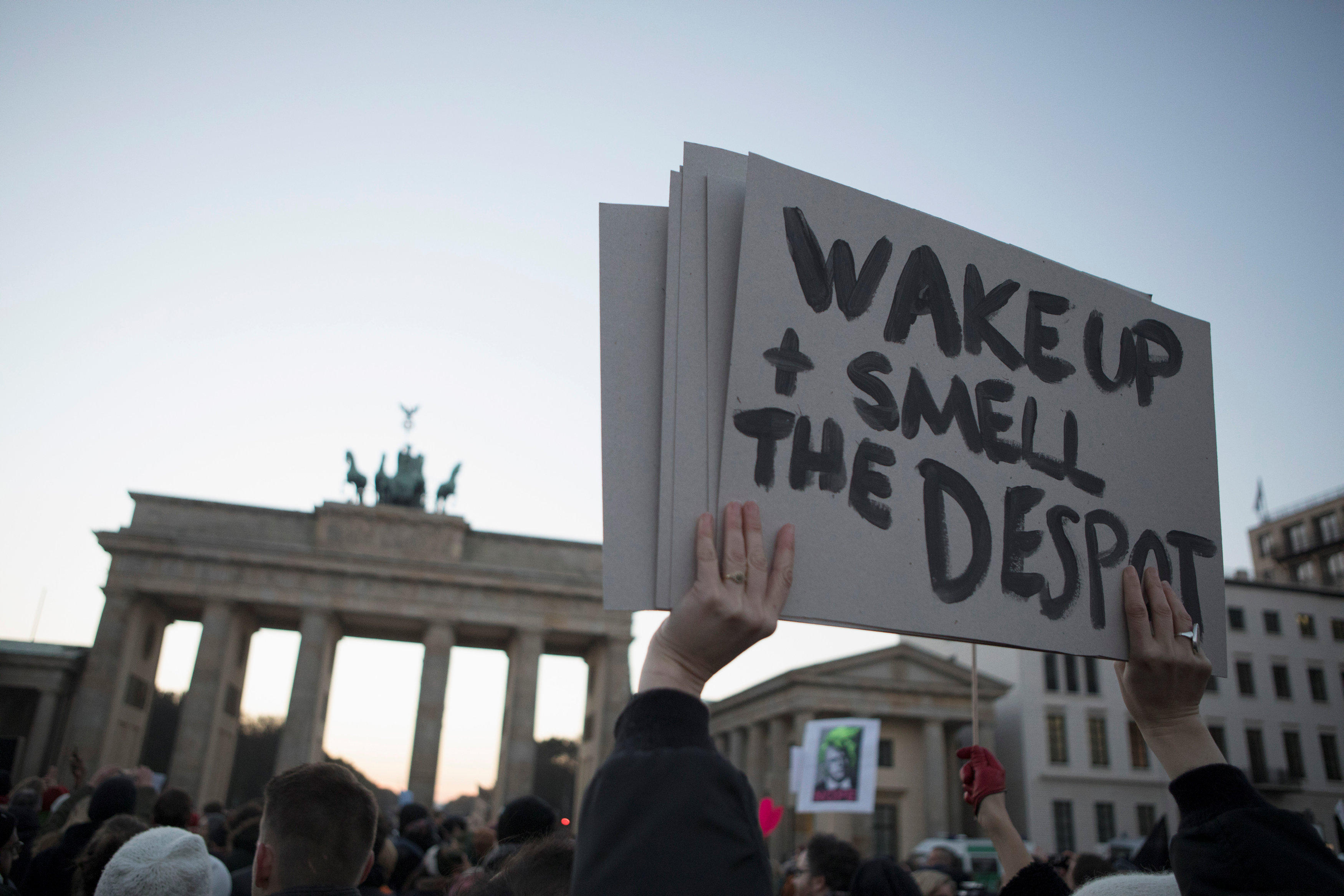 BRUSSELS - European Union foreign ministers gathered late Sunday to discuss the impact of Donald Trump’s election on trans-Atlantic ties and whether it will complicate relations with an increasingly belligerent Russia.

At informal dinner talks in Brussels, well away from the media, the ministers will debate how many of Trump’s campaign announcements - like isolationist positions on security, his rejection of international trade pacts and refusal to criticize Russian President Vladimir Putin - might translate into real policy.

Before the talks, NATO’s secretary-general appealed for trans-Atlantic unity and warned that “going it alone” wasn’t an option for either Europe or the U.S.

Before the dinner, EU diplomats were at a loss to explain Trump’s stunning victory or understand yet what it might really mean.

Giovanni Grevi, senior fellow at the European Policy Centre think tank, said that “cooperation between Europe and the U.S. will not become impossible, but it will become much more difficult.”

“Donald Trump has been putting America first ... in defining his foreign policy and it seems he is taking a very transactional approach to international affairs. This is very likely to apply also to trans-Atlantic relations. He will value Europeans in so far as they can match his priorities,” Grevi said.

Given Trump’s clear opposition to major trade pacts, EU officials are all but certain that the massive Trans-Atlantic Trade and Investment Partnership, or TTIP, will have to be renegotiated, if any life remains in the project at all.

“With the new president-elect we don’t really know what will happen. There is strong reason to believe that there would be a pause in TTIP, that this might not be the biggest priority for the new administration,” EU Trade Commissioner Cecilia Malmstroem said Friday.

Perhaps the most pressing problem though is to understand how Trump wants to deal with Putin.

The EU has imposed sanctions on Russia over its annexation of Crimea and destabilizing role elsewhere in Ukraine. Some of those measures, including asset freezes on individuals and organizations, come up for renewal in January.

EU leaders are due to discuss them at a summit in Brussels on Dec. 15-16, but any signal from Trump about a softening of U.S. relations with Russia is likely to embolden already-reluctant countries like Germany, Italy and others to push for an end the sanctions regime, diplomats said.

The EU foreign ministers will meet again formally on Monday, to discuss strained ties with membership candidate country Turkey, the conflict in Syria and Libya, and defense cooperation with the NATO military alliance.

Writing in Britain’s Observer newspaper, NATO Secretary-General Jens Stoltenberg insisted that Europe and the U.S. must work together in the face of security challenges.

Stoltenberg appeared to be responding to Trump’s criticism of NATO during his campaign. The president-elect has suggested that Washington could abandon its NATO commitments, which include mutual defense in case of attack.

“We face the greatest challenges to our security in a generation. This is no time to question the value of the partnership between Europe and the United States,” Stoltenberg wrote.

Meanwhile, Britain distanced itself from the European meeting, suggesting it intends to take a different approach to Trump. Officials said Foreign Secretary Boris Johnson - who has told his EU counterparts to snap out of the “general doom and gloom” and “collective whinge-o-rama” following the U.S. election result - would skip Sunday’s talks.

“We do not see the need for an additional meeting on Sunday because the U.S. election timetable is long established,” the Foreign Office said in a statement. “We will work with the current and future administrations to ensure the best outcomes for Britain.”