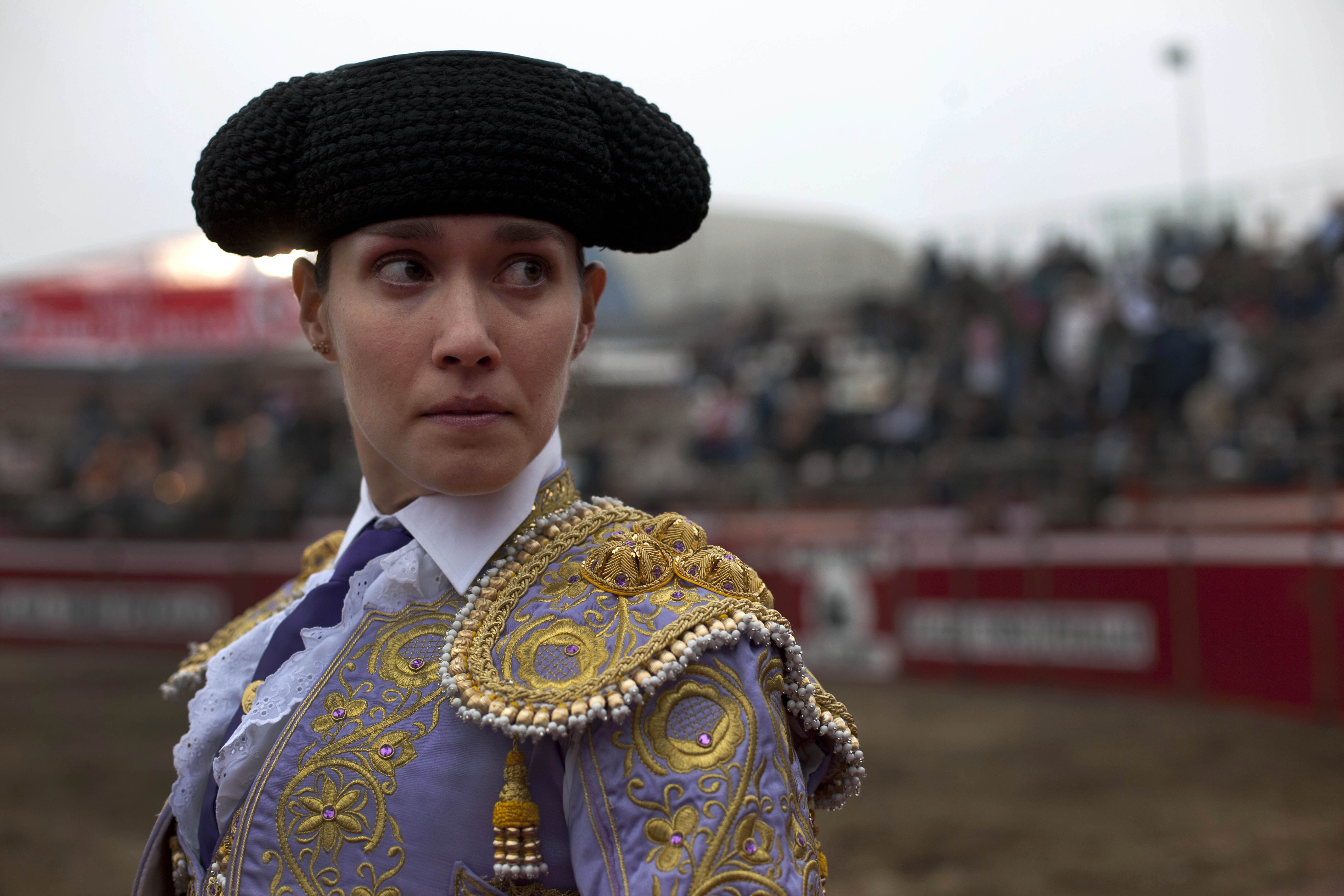 LACHAQUI, Peru His left knee to the ground, Nuno Casquinha theatrically tosses away his red cloth, muleta and sword and stares down the bleeding bull that is scratching the dirt with its hooves in a haze of rage.

Casquinha pivots, rising to his feet, and turns his back on the fuming half-ton beast, its rack of sharp horns just paces away.

The crowd jumps to its feet and cheers the 27-year-old Portuguese matador whose Iberian elan graces the makeshift ring on the edge of a cemetery in Lachaqui, a tiny town more than 12,000 feet up in the Andes.

"If you don't kill the bull, we'll kill you," a group of drunkards shouts, hurling bottles.

Casquinha is unruffled, and the spectacle ends with the bull slain and the matador on the shoulders of an ecstatic farmer, villagers clamoring for his autograph, pleading to be photographed with him.

The Lisbon native is among dozens of bullfighters, mostly Spaniards, who are hoping to gain the fame in Latin America that the economic crisis back home, compounded by rising ethical opposition to the bloody sport, has made near impossible.

The number of annual bullfights in Europe nearly halved to 1,997 last year from the crisis' inception in 2008 and is down an additional 15 percent this year, said Vicente Royuela, a University of Barcelona economist who studies the sport.

He'd only managed to get into one bullfight in the first four months of last year, spending his time instead raising bulls on his parents' farm and training in the family's basement, "imagining all the bulls I would never see."

Even before hard times bit, only 10 percent of bullfighters in Spain got more than 20 fights a year and half quit after six years, Royuela said.

"Things were so bad, with no bullfighting in Europe, that I decided to take whatever I could," Casquinha said over coffee on a gray afternoon in the working class Lima district of San Felipe where he lives.

Peru, his friends told him in Facebook chats, was the place to be. Not Lima's storied Acho ring where accomplished matadors entertain the capital's elite, but the Peru of rugged mountains and unknown backwater corridas where the Spanish tradition is as alive as ever, the bulls have no pedigree and getting gored is best avoided because hospitals are scarce.

"In Mexico, I know, you've got to pay (to fight) when you are starting," he said. "In Colombia, when you discount the big festivals, there are few events — same in Venezuela. And in Quito (Ecuador), it's prohibited to kill the bull. Peru was the ticket."

Peru hosts 540 corridas a year, more than any other in Latin America, and protests against the sport are minimal and limited to Acho.

"There are more bullfights than days in the year," said one of the guide's authors, Dikey Fernandez. "The market is jammed."

The pay, however, is modest.

Star matadors in Spain can charge upward of $200,000 for a single performance while novices like Casquinha don't earn much more than $800 a fight. In rural Peru, the European migrants get paid about $1,500 per outing. Normally, three matadors participate in each "fiesta taurina," or bullfighting event.

Casquinha didn't come for the money. And for his first Peruvian fight he said he hardly deserved the pay, failing miserably in May 2012 in Huancavelica, Peru's poorest region. He felt faint in the high altitude. The bulls were also old and wily, which makes them less ferocious and more dangerous and the fight less dramatic.

With the passing months, he adapted to the altitude, the dangerous mountain roads, the public buses, the cheap hotels and the ringside drunkards. He left behind a girlfriend of six years but is now dating a Peruvian.

He's got 40 Peruvian bullfights notched, and his confidence is up.

"I'm going to leave here a winner, a well-known figure in bullfighting. I'll make a mark. I won't return to Europe a failure," Casquinha asserted during one of his daily two-hour training sessions in a Lima park, where he choreographs moves against phantom bulls.

Experts in Spain say Casquinha may be deluding himself.

"The impact for Spain is zero. It only serves for more such gigs in Andean towns, traveling over those god-forsaken highways," said Antonio Picamills, a former manager to such star matadors as Juan Jose Padilla, who he took to the Peruvian city of Trujillo in 1994 to fight a fearsome 1,000-pound (450-kilogram) bull named Pajarito or "Little Bird."

That corrida did nothing to forward Padilla's career, said Picamills, a writer for Dietario Taurino, Spain's main bullfighting guide. "It was only so he could fight during (Europe's) winter."

Casquinha doesn't care to listen to such talk.

After all, this only child is not even heeding his parents' wishes that he return home and forget his matador dreams.